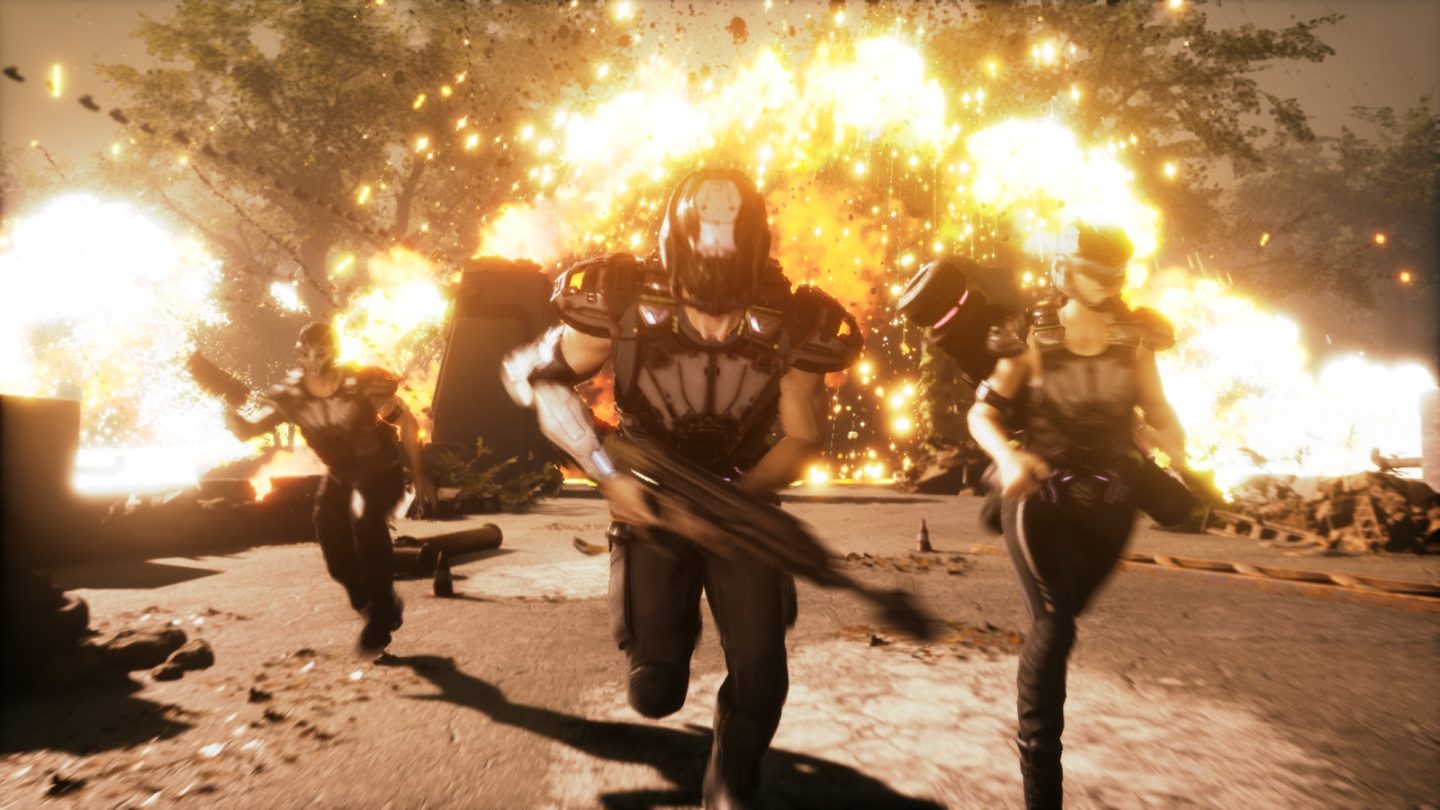 Looking back at the launch day lineup for the PlayStation 4, there wasn’t much to get excited about. In fact, the only game that held my interest for the first few weeks of the PS4’s existence was Resogun, an arcade space shooter from Finnish developer Housemarque. After following Resogun up with a few more arcade titles, Housemarque finally took the wraps off its biggest project to date this week: a battle royale game called Stormdivers.

Stormdivers is a third-person shooter set on a vast, dangerous island where teams and solo operators will battle one another as they vie for first place. If that sounds like Fortnite or PUBG, that’s because it’s the same idea. The feature that sets Stormdivers apart is the ability to find augmentations to upgrade your suit as you play.

“We began its development when battle royale was still a niche mode,” said Housemarque CEO Ilari Kuittinen, “yet despite the number of BR games on the market now, Stormdivers will excite players with its fast-paced gameplay, metagame, classes and various events, all packaged with Housemarque’s trademark high-quality visual effects.”

As with all other battle royale games, Housemarque plans to regularly add new content to the game, but not just the typical new weapon or gameplay mode. The team is also working on adding PvE co-op missions, new playable areas, and new classes to the game in the future. The number of players that will join a match has yet to be finalized, but the studio tells Polygon that it will probably end up being 50-60 players on a 3km island.

Stormdivers will launch in early access exclusively on PC in late 2018/early 2019. You can click this link to sign up for the beta, but Housemarque has yet to say when the beta test will begin.