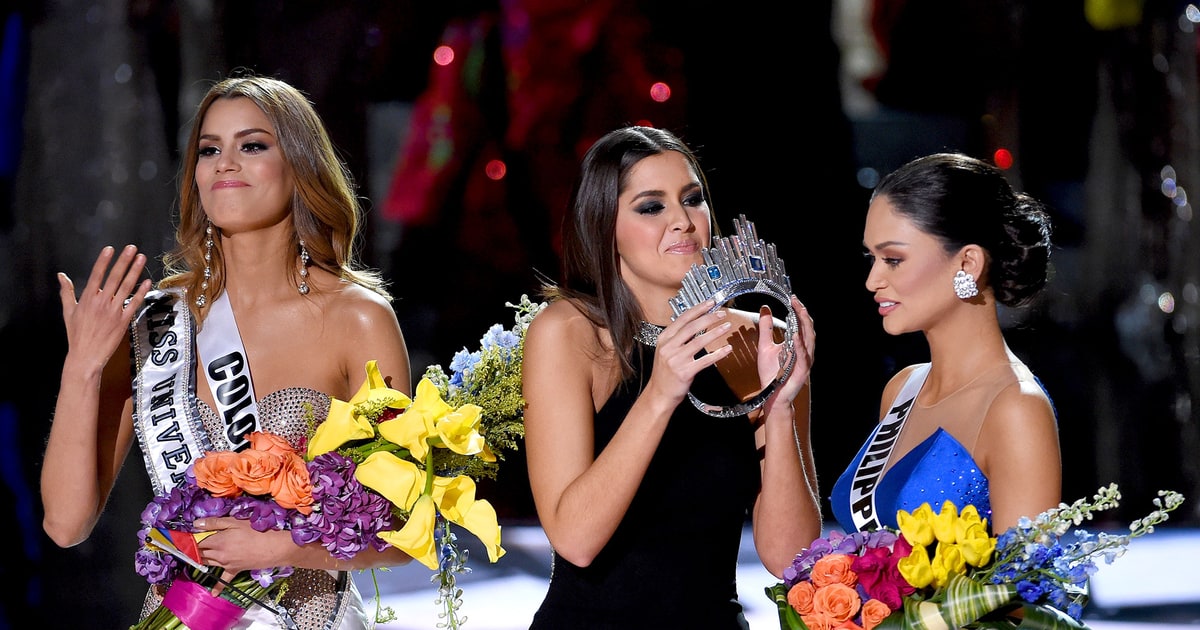 If you happened to tune in for the end of the Miss Universe pageant on NBC last night, you were treated to one of the most awkward mishaps on live television in 2015. As the show was reaching its conclusion, it was host Steve Harvey’s job to announce the runners-up and crown the winner of the beauty pageant.

The only issue? He crowned the wrong contestant.

SEE ALSO: ‘Furious 7’ was the most mistake-filled movie of 2015, and it wasn’t even close

As the music soared and Miss Colombia, Ariadna Gutierrez-Arévalo, waved to the audience with the crown on her head, Harvey made his way back to the center of the stage and told the audience that he needed to apologize. As it turned out, he’d read the card wrong and mixed up the winner and the first runner-up.

Miss Philippines, Pia Alonzo Wurztbach, was the rightful winner, so outgoing Miss Universe, Paulina Vega, had the unenviable task of removing the crown from Gutierrez-Arévalo’s head and placing it on Wurtzbach.

“Listen, folks. Let me just take control of this,” Harvey said to the shocked audience. “This is exactly what’s on the card. I will take responsibility for this. It was my mistake.”

Here’s an image of the card in question:

You had one job, one job and it was to read this correctly ! #MissUniverse2015 pic.twitter.com/hc8zuHzlPu

Harvey took to Twitter last night to apologize, but managed to spell both Philippines and Colombia wrong, which prompted a swift deletion and a corrected tweet later in the evening:

I'd like to apologize wholeheartedly to Miss Colombia & Miss Philippines for my huge mistake. I feel terrible.

“The excitement of live TV was evident tonight on the Miss Universe stage with over 10 million live fan votes tabulated,” pageant officials said in a statement after the show. “Unfortunately, a live telecast means that human error can come into play. We witnessed that tonight when the wrong winner was initially announced.”