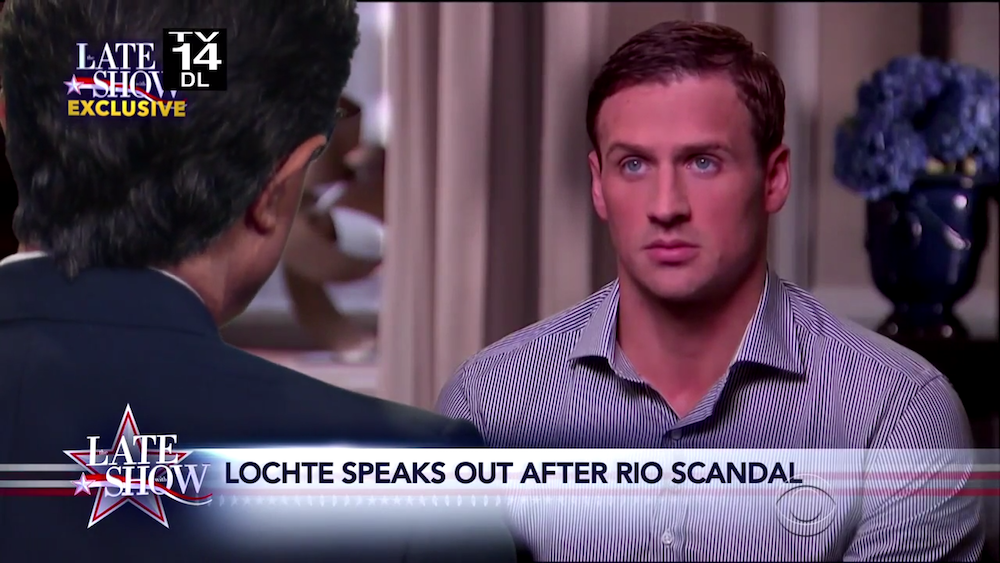 Although the incredible athletic performances and moving human stories should have taken center stage at the Olympics, we were unfortunately too distracted by the saga of Ryan Lochte to pay much attention to the actual competitions.

After telling the world that he had been robbed in Rio by four men with badges, Lochte came under a great deal of scrutiny. As it turns out, the altercation was not a robbery at all, and Lochte has since apologized for “over-exaggerating” the story (although he has not yet admitted it was a complete fabrication).

Matt Lauer has since interviewed Lochte about the incident, giving him a chance to clear the air. Colbert saw this as an opportunity, and on Monday night’s edition of The Late Show, he edited himself into Matt Lauer’s seat, effectively taking over the interview and twisting Lochte’s answer to make them funnier:

Colbert has every reason to poke fun at this ridiculous controversy, but it’s more than a joke for Lochte. To date, the swimmer has lost four major sponsorships: Speedo, Ralph Lauren, Airweave and Syneron-Candela. There’s no doubt in anyone’s mind that Lochte is an impressive athlete, but his actions outside of the stadium are going to cost him around $1 million.