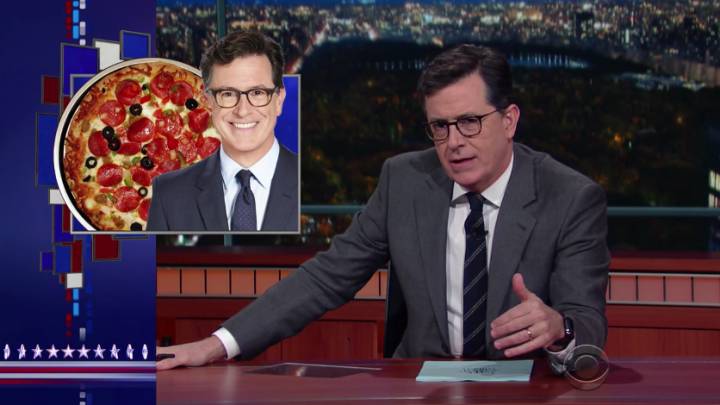 If you’re still not convinced that the #Pizzagate conspiracy is just fake news, after all that happened over the last few days, then Stephen Colbert will set things straight for you. Heck, he’ll even explain the difference between fake news and real news, and what makes a conspiracy… well, a conspiracy.

Pizzagate isn’t real. It’s not a sex trafficking ring somehow working for Hillary Clinton. And the 28-year dude that walked in a pizzeria with a gun proved that. But there might still be some believers out there. In case you know anyone, just point them to this Colbert segment.

Colbert pulled on punches on this one, calling out all “subreddit sub-geniuses” who still believe Pizzagate is a thing in a 10-minute monologue you have to see.

From the get-go, the host makes it clear that The Late Show with Stephen Colbert isn’t a place for news. It’s entertainment. Colbert also explains where you can get your straight news from, and what sources to avoid so that you never run into Pizzagates again.

Colbert also explains how things can quickly escalate online, as people often fail to understand how things work, or what they read .

I know what you Pizzagate believers out there must be thinking: Is Colbert in on it?