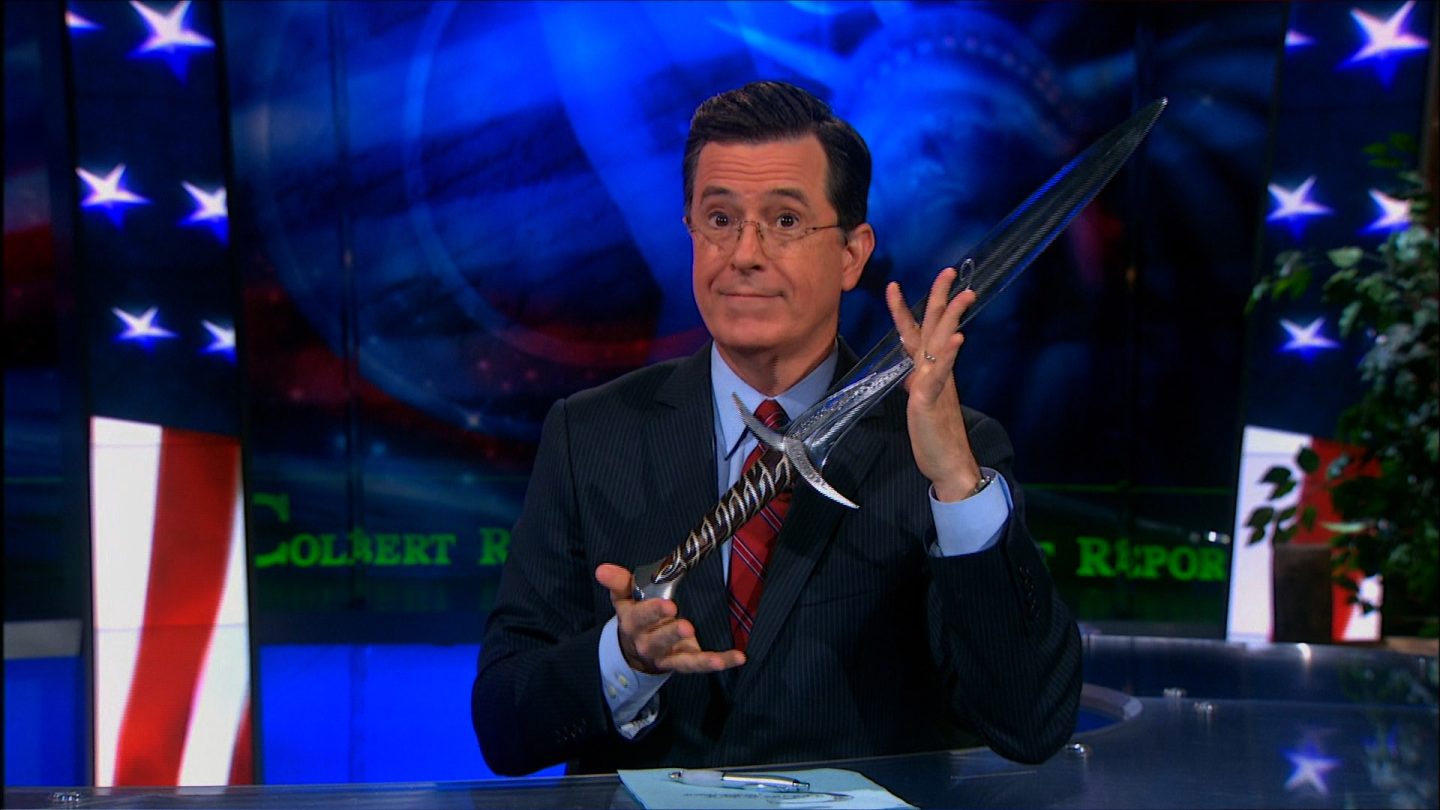 If there’s one thing that Stephen Colbert is proud of — more so than his shows, his books and possibly even his family — it’s his love of the Lord of the Rings trilogy.

A self-proclaimed Tolkien nerd, Colbert rarely went a week on The Colbert Report without finding some way to tie Middle-earth into one of his segments, but years later, it’s coming back to bite him.

On Thursday night’s episode of The Late Show, Ryan Gosling told Colbert that his mom wasn’t the biggest fan of Stephen’s show. At least, she wasn’t, until she saw his Tolkien Showdown with James Franco on an episode of The Colbert Report. As a huge fan of the books herself, this totally changed her opinion of the host.

Naturally, Ryan wanted to use this against Colbert in some way, so he asked her if she could think of a question he could asked Colbert on his show that might stump him. In the video below, you can see what she came up with:

Mama Gosling is a cheater. Of course it was all in good fun, but if you watch closely, you can see a little bit of Colbert die inside when he realizes it’s nothing but a goof. Maybe Ryan’s mom will join him to talk Lord of the Rings another time.