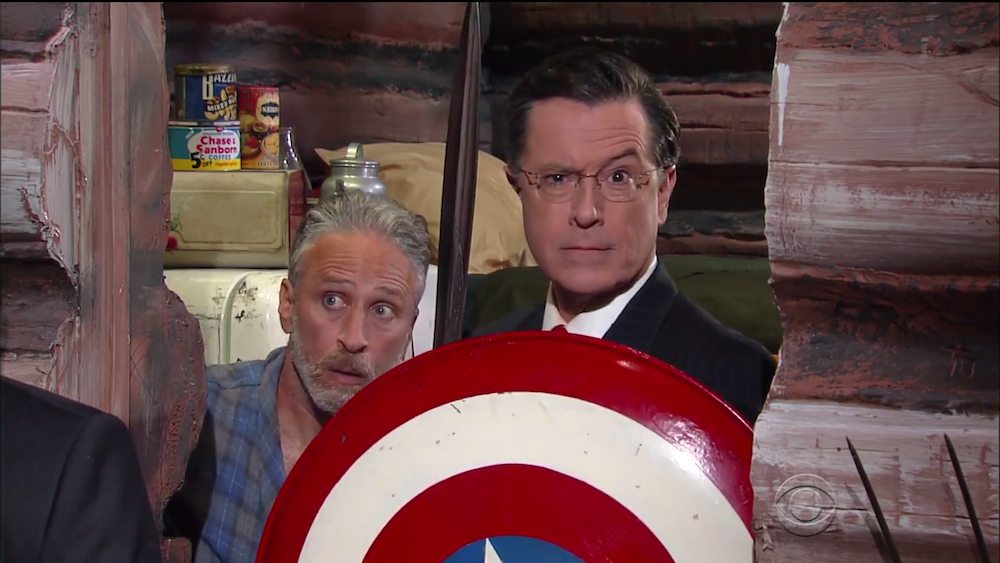 On Monday afternoon, the Republican National Convention kicked off in Cleveland, Ohio. As expected, there were plenty of fireworks, from a group of delegates attempting to stage a coup of sorts against Donald Trump to Melania Trump lifting a portion of her speech wholesale from Michelle Obama’s 2008 DNC speech.

But perhaps the biggest news of all was that Stephen Colbert, hosting a live RNC special on CBS, brought his character ‘Stephen Colbert’ back from the dead.

SEE ALSO: How to download Pokémon Go on iOS and Android for free right now

Confused and distraught over the fact that Donald Trump was finally, officially going to be the Republican nominee for President of the United States, Colbert trekked out into the woods to find a man that might be able to make sense of everything: Jon Stewart. Unfortunately, all Jon had for Stephen was a spit take or two, but he did have another friend he thought might be able to help Colbert:

That’s right — on Monday night, The Colbert Report’s “Stephen Colbert” returned from an extended hiatus to help explain how Donald Trump had made it all the way to the Republican National Convention. He even brought one of everyone’s favorite Colbert Report bits to CBS with him:

The Late Show has had its ups and downs as Colbert learns how to play himself rather than the rambunctious, conservative character he played at Comedy Central, but it was great to see the two come together during last night’s show. Even better, this might not be the last we see of “Colbert” this week.