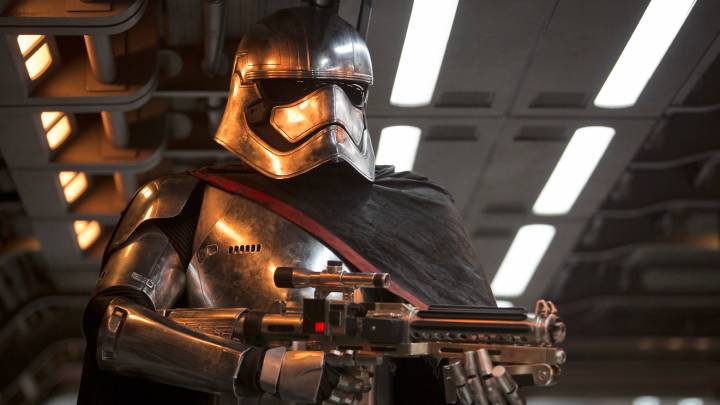 What does Game of Thrones and Star Wars have in common? If you thought Gwendoline Christie, then you’re right on the money. The actress plays Brienne of Tarth in the former, and Captain Phasma in the Star Wars: The Force Awakens.

In an interview at the 2016 SAG Awards, Christie confirmed that she’s going to be back Star Wars: Episode VIII. That’s not a surprise, but this is the first time the actress mentioned it.

DON’T MISS: Google is going to give Chrome a big visual makeover – here are the first images

Before The Force Awakens hit cinemas, Disney did say that Captain Phasma has a major role in the new Star Wars trilogy, suggesting Christie will be appearing as the first female stormtrooper in all three episodes. Then, after the premiere of the movie, the company confirmed that pretty much every actor in Episode VII will also have a part in Episode VIII, which is going to hit theaters on December 15th, 2017.

“I will be in the next Star Wars movie. I think that’s an exclusive, actually,” Christie told People at the SAG Awards.

“I was very overexcited. I made no secret of the fact that I really campaigned for the part for a long time,” the actress added about her role in the movie.. “And then I was delighted when J.J. Abrams wanted to have me in the film and then wanted to cast me in this role that had originally been designed for a man.”

Meanwhile, the script for Episode VIII appears to be ready. At least, that’s what a recent Instagram photo suggests, as posted by Daisy Ridley, who’s playing Rey.

“Just read Ep VIII and thought I’d share the story with you because I know you can’t wait to hear it too. You do want to hear it. Don’t you?, Anthony Daniels, the actor who plays C-3PO, teased on Twitter.

A rumor claimed a few days ago that the script needed rewrites to increase the focus on the three new main characters – Rey, Finn, and Poe Dameron – rather than expand with other, new characters. The news came shortly after Disney’s announcement that Episode VIII will be released only in December rather than late May 2017.