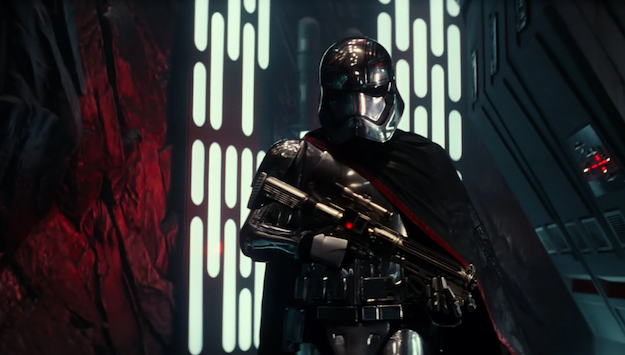 Knowing that we have a new Star Wars movie to look forward to every year for the foreseeable future makes the wait more bearable, but that doesn’t mean we can ever have enough Star Wars in our lives.

To that end, someone at the Television Critics Association press tour this week asked ABC entertainment president Channing Dungey if the network was considering bringing the endlessly popular franchise to network television at some point in the future. Unsurprisingly, the answer was “yes.”

DON’T MISS: Niantic explains why it had to shut down Pokemon Go trackers

According to Entertainment Weekly, she took it a step further after the panel, confirming that something was in the works, but not providing any details.

“It’s all a little bit hush-hush,” Dungey said. “That company exists under a big shroud of secrecy. If you feel Marvel’s secretive, [Lucasfilm] takes it to a whole other level … [Talks] are ongoing. We don’t have an official timeline yet.”

Dungey wouldn’t confirm or deny whether or not the show would be of the live action variety, but it would certainly make sense for the broadcast network. The primary hurdle, as always, would be the cost of the show.

We’ll be keeping an eye out for any more Star Wars news from the TCA tour.