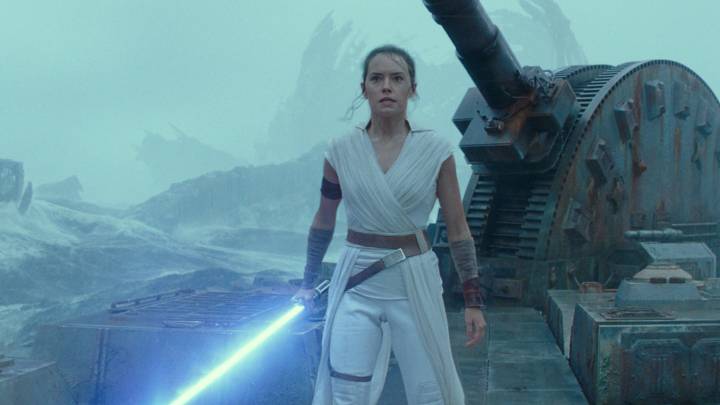 Leaks are seemingly impossible to avoid nowadays, but if there’s one company that continues to do an admirable job keeping its secrets under wraps, it’s Disney. Sure, there may have been a few too many spoilers online in the lead up to the release of Avengers: Endgame, but a month out from Star Wars: The Rise of Skywalker, we still know virtually nothing about the movie’s plot. That may not come as much of a surprise, but speaking with Good Morning America on Monday, director J.J. Abrams revealed the full script actually did come frighteningly close to leaking.

“One of our actors, I won’t say which one – I want to, but I won’t – left it under their bed and it was found by someone who was cleaning their place,” Abrams revealed to George Stephanopoulos. “And it was given to someone else, who then went to sell it on eBay. And someone at the company said ‘You know there’s a script that looks like it’s a legit script that’s for sale on eBay?’ And so they got it back before it sold.”

.@starwars launched 42 years ago. And 24 days from now, the final chapter will be revealed in theaters! We are THRILLED to have director @jjabrams with us this morning — and he’s sharing an EXCLUSIVE clip from #TheRiseOfSkywalker! pic.twitter.com/gOfUTGWzpW

We have no idea which member of the cast would be careless enough to leave the script to a Star Wars movie lying under a bed, but as Entertainment Weekly notes, only the main actors would have had access to the full script, as the supporting actors, such as Keri Russell, were only given their sides (their lines in the script) to take with them. Russell told EW that she was only allowed to read the full script in a guarded room.

Whoever it was, the script is now safe and sound with Disney, and we can only hope that no major spoilers make their way online before Star Wars: The Rise of Skywalker hits theaters on December 20th, 2019.