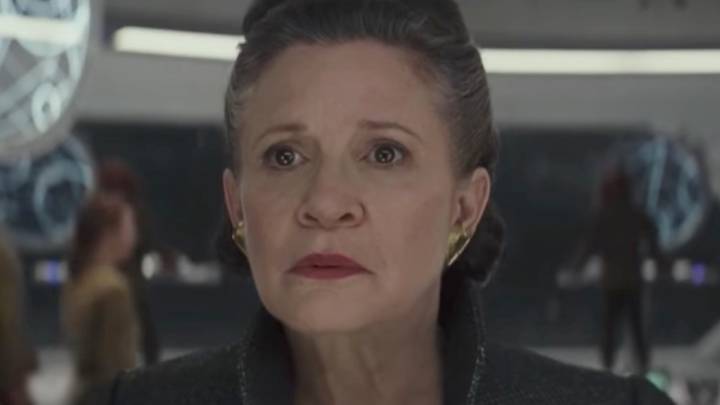 Star Wars fans have probably seen the latest trailer for The Last Jedi at least once since it aired during Monday Night Football — oh, and tickets for Episode VIII are already on sale now that the trailer is out. As always with Star Wars trailers, Disney is offering us only bits and pieces of what’s about to happen. The main plot of the movie is still shrouded in mystery, but we get to see the main characters in various interesting instances.

And there’s one particular sequence of scenes that seems to spoil a major Star Wars event.

Sadly, Carrie Fisher passed away last Christmas, meaning that Princess-turned-General Leia will not be joining us for Episode IX. Leia will likely die either in The Last Jedi or in the final episode of the third trilogy.

But last night’s trailer seems to imply that Leia’s tragic ending may be coming soon. And the same person who killed Han Solo may be responsible for it.

It seems like a befitting role for Kylo Ren, who killed Han Solo in The Force Awakens during an intense scene that muted the audience. Dispatching of his mother may be the appropriate thing to do for him to complete his training.

The trailer shows us a skilled pilot that’s attacking what appears to be Leia’s ship. That pilot is Kylo Ren, and from the looks of it, he may end up firing upon the ship in a battle scene that might remind some people of Luke’s daring attack on the first Death Star.

But, remember, Star Wars fans, Disney is all about deception in these clips. The simplest answer seems to be that yes, Kylo Ren will murder his mother. I’m not convinced that it’s going to happen like that, but I certainly am intrigued. December 15th can’t come soon enough. Check out the full trailer below: