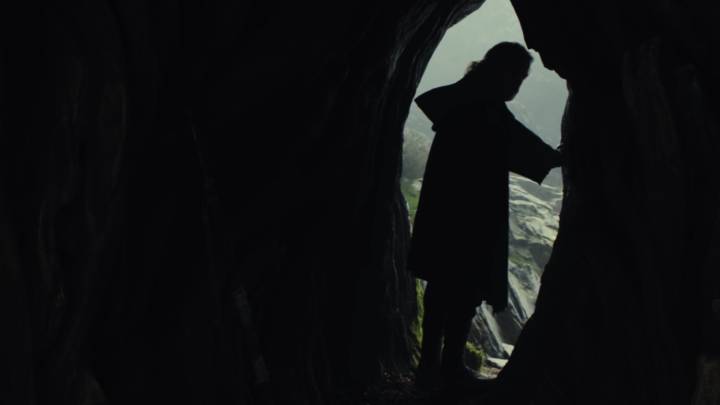 Friday was a big day for Star Wars fans. Not only was it the second day of Star Wars Celebration in Florida, it was also the day that Lucasfilm and Disney shared the teaser for Star Wars: The Last Jedi. Fans have been anxiously awaiting footage from Episode VIII ever since The Force Awakens hit theaters in 2015, and while there were few (if any) story spoilers in the teaser, we did get a glimpse of the anticipated sequel.

Shortly after the trailer debuted, ABC News had a chance to sit down with Mark Hamill (Luke Skywalker) and Daisy Ridley (Rey) to discuss The Last Jedi. Unsurprisingly, both were tight-lipped about the plot of the film, but when asked whether it was possible Luke would turn to the Dark Side, Hamill said this:

Admittedly, that’s not much of a revelation, but it’s clear from the trailer that Luke is perhaps in a darker place than we ever saw him in the original trilogy — even when he was fighting the impulse to join Darth Vader and the Emperor. Whether or not he joins the Dark Side, Luke might never be a Jedi again.

Hamill also took some time to explain the point of a teaser and the difference between teaser and trailer:

There’s a difference between a teaser and a trailer. A teaser’s supposed to show you dynamic images that heighten your awareness and make you want to see the trailer, but avoid all story points if at all possible. So I think that’s the only story point that’s in the teaser, which is Luke saying it’s time for the Jedi to end.

You can watch the entire clip from the ABC News interview below: