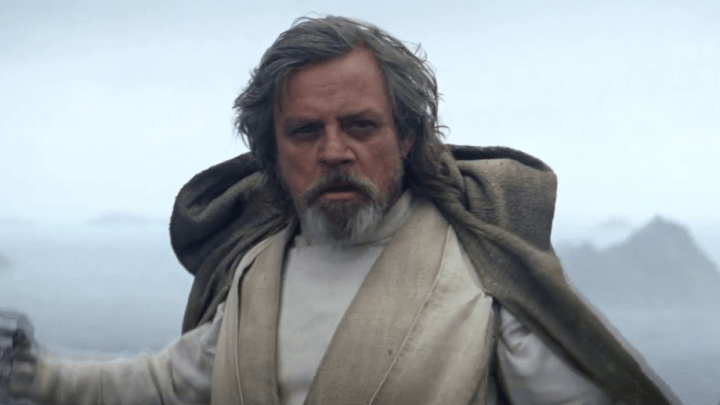 One of the rumors about Star Wars: The Force Awakens that caught fire long before the movie ever hit theaters has finally been confirmed by Luke Skywalker himself. Speaking to The Sun, Mark Hamill said that the original opening scene of the movie featured a severed hand floating through space, holding a lightsaber.

SEE ALSO: The guy who played Greedo just ended one of the biggest ‘Star Wars’ debates

When the rumor was first spread by Birth Movies Death, many people thought the idea sounded laughable — perhaps a little too on the nose, even for Star Wars. Then the movie released, with no trace of a severed hand, so everyone moved on.

But it turns out that the scoop was correct.

Here’s what Hamill said in the interview when asked about the script:

“I can tell you now that in the original opening shot of 7, the first thing that came into frame was a hand with a lightsaber, a severed hand that enters the atmosphere, and then the hand and bone burns away and goes sticking into the surface of Jakku” he added, “and this alien hand comes in, don’t know if it was Maz but it was an alien hand who takes the light saber way, and then the movie proceeds as you see it.”

Presumably, since the scene didn’t make the final cut, we can’t assume that it’s canon, but it certainly would have made sense. It also gives a little more context to one of the (many) confusing plot points in Episode VII.