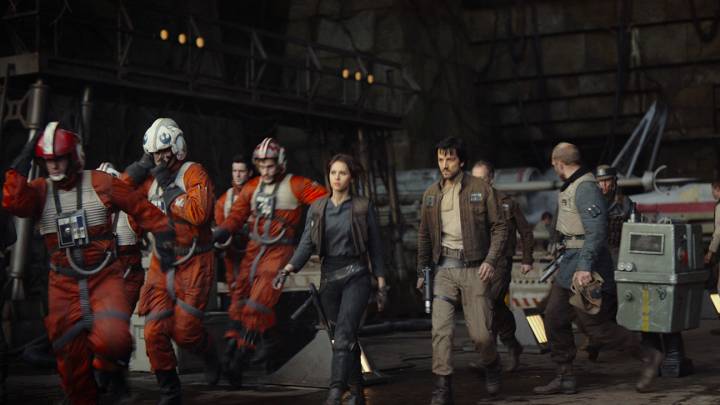 If you’re a Star Wars fan, Cyber Monday can’t come soon enough, and I’m not talking about all the fantastic deals you might score on assorted Star Wars-branded products. It may be Cyber Monday, or just another Monday for many people, but for Disney it’s a special day because Star Wars day: Rogue One tickets finally go on sale.

Set to debut on December 16th, one year after Star Wars: The Force Awakens came out and became a massive success, Rogue One isn’t your regular Star Wars story.

We’re looking at a spin-off movie based on the Star Wars universe, and it tells the story of the brave women and men who led a daring expedition to retrieve the plans for the Death Star. The action takes place during Episode III and Episode IV, essentially bridging the first trilogies.

Lord Vader, we've been expecting you. Tickets for #RogueOne: A Star Wars Story are available on Monday, November 28. pic.twitter.com/is1lIw9W4u

From what we’ve seen in trailers so far, the movie seems quite promising. It might not be part of the sagas, but Rogue One will bring some beloved characters back — and yes, I do mean Lord Vader himself. And the Force is going to be strong with many people.

That said, Disney took to the official Star Wars Twitter account to announce that tickets for Rogue One will start selling on Monday, November 28th, without mentioning any other details, so don’t expect any Cyber Monday deals on Rogue One tickets just yet. That said, make sure you find time to reserve your tickets on Monday while you shop for Cyber Monday deals.