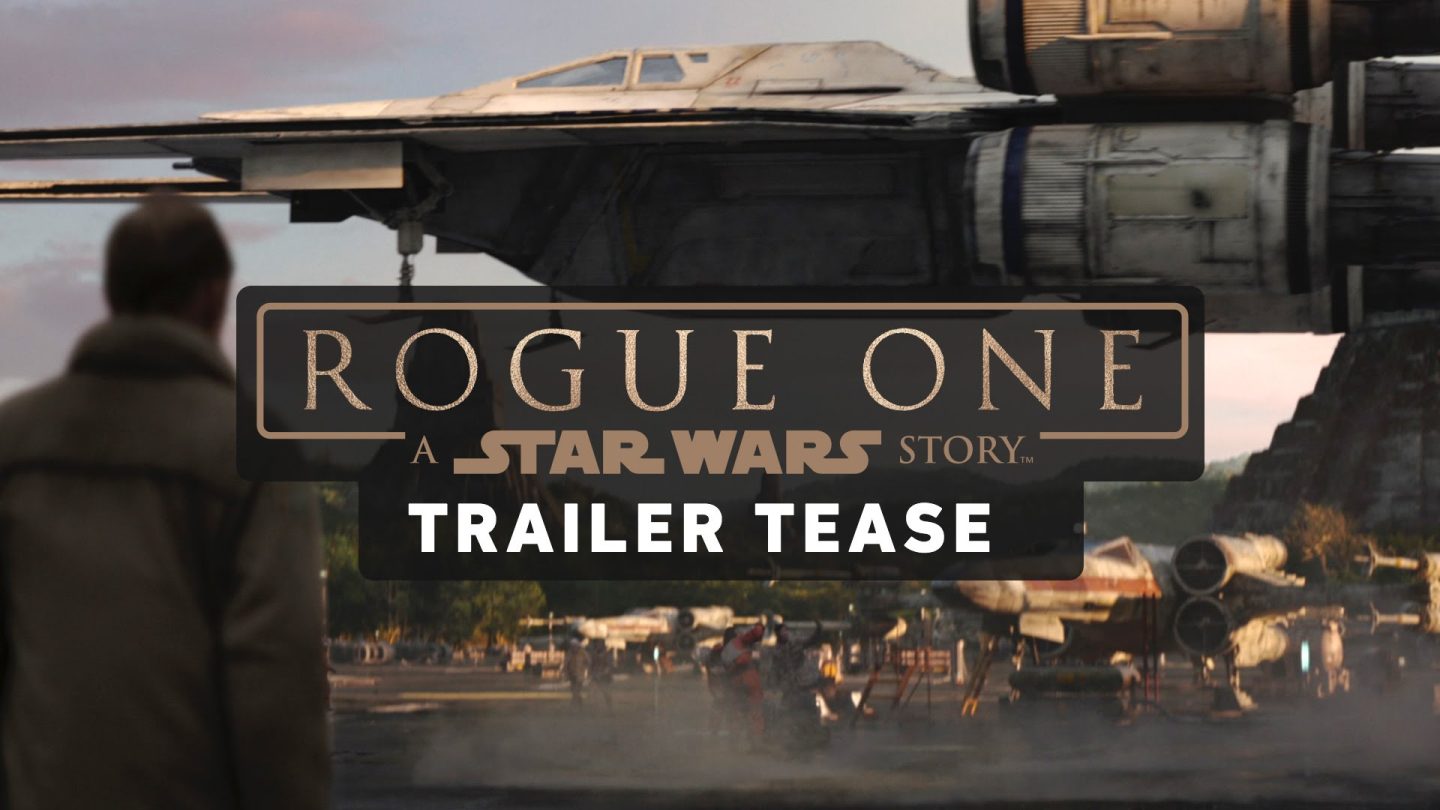 Now that Batman v Superman, Captain America: Civil War and Suicide Squad have all come and gone, there’s no longer any mystery surrounding which unreleased movie is the most highly-anticipated of the year.

It’s Rogue One: A Star Wars Story, and later this week, we’re finally going to be treated to a second theatrical trailer for the first ever Star Wars spinoff movie.

SEE ALSO: Apple’s hot new MacBook Pro might be good enough for VR, but it won’t launch next month

announced last week that a new trailer for Rogue One would air during Olympic coverage on NBC this Thursday, but in order to build up hype for the occasion, the studio released a short 15 second teaser on Tuesday night:

If the teaser is any indication, the new trailer will focus on the movie’s main characters: Jyn Erso (Felicity Jones), Chirrut Imwe (Donnie Yen) and the droid K-2SO, voiced by Firefly fan favorite Alan Tudyk. It’s not much, but it should be plenty to tide you over until the trailer drops on Thursday night.

With just a few months left until release, there’s a decent chance that this trailer could be the last (or second-to-last) full trailer we see, so expect to learn more about the story and the characters when it arrives on Thursday.