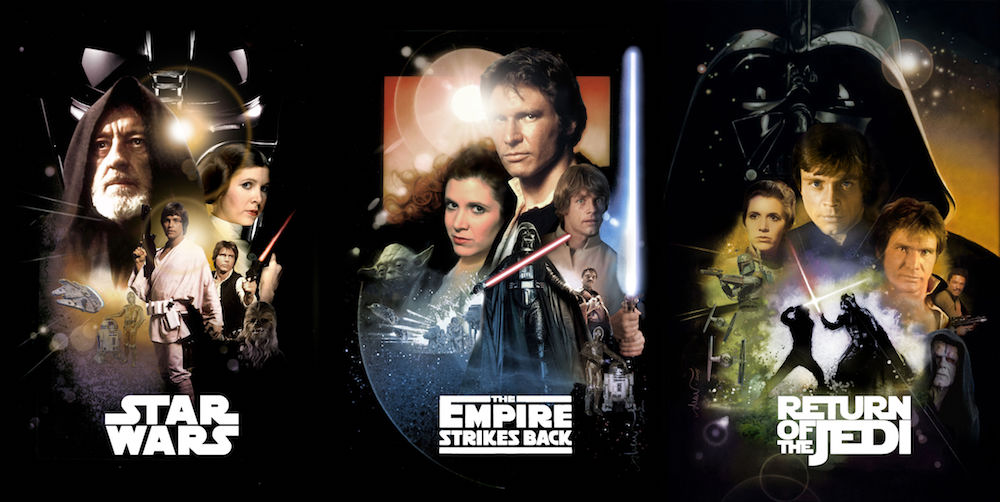 You won’t have to wait until Rogue One releases in theaters this fall to catch another dose of big screen Star Wars. Earlier this week, Entertainment Weekly revealed that the Alamo Drafthouse Cinema chain will sponsor a traveling roadshow this summer with screenings of the original trilogy.

Throughout the month of August, all three original trilogy films — A New Hope, The Empire Strikes Back, Return of the Jedi — will be shown at marathon screenings in over 20 cities across the United States.

“It’s always been a dream to show the original Star Wars trilogy again – somehow, someway,” says Alamo Drafthouse’s VP of Special Events, Henri Mazza. “Seeing the original trilogy on the big screen for the first time is a real life-altering event and just a supreme amount of fun. When the films became available to book for screenings like these, we jumped at the chance to do something big.”

According to EW, the movies will be shown in their 1997 re-release format. Tickets will go on sale at ReturnOfTheTrilogy.com on May 4th.

Here’s the initial list of dates, with more to be added in the coming weeks: