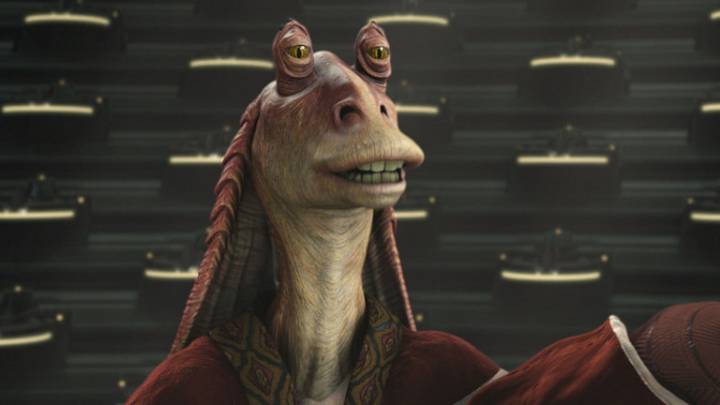 Actor Wil Wheaton has recovered rather nicely for himself after being the object of Trekkies’ scorn for years thanks to his role as the super-whiny Wesley Crusher in Star Trek: The Next Generation. But as annoying as Crusher may have been, he was still nowhere close to being as hated as Jar Jar Binks, who is hands down the most despised character in the Star Wars universe. Ahmed Best, the actor who played Jar Jar in the Star Wars prequels, had a really interesting interview with YouTuber Jamie Stangroom in which he revealed what it’s like to be the most hated man in Star Wars.

RELATED: The most impressive homemade lightsaber we’ve seen so far

During the filming of The Phantom Menace, Best says that he had a terrific time playing Jar Jar and was really pumped up for the challenge of doing the physicality of a character that would be mainly animated by CGI on screen. Because he had such a good time doing this work, he was surprised to see just how much Jar Jar was hated by both fans and critics after the movie came out. He also said that he took it a little personally since he felt like it was a criticism of his work.

That said: He also understands why so many fans did not like Jar Jar.

“When [viewers] see a character that’s purely comical, that’s purely for the children, they felt condescended to,” he told Stangroom. “But by the same token, the children really liked it. And George [Lucas], his idea was to make a movie that lasted for 20 to 30 years, not to make a movie that lasted for one. So now the children who saw The Phantom Menace are now adults and they’re wondering why everybody had a problem with Jar Jar.”

Check out the whole video for yourself below, where Best also reveals that Michael Jackson had originally wanted to be Jar Jar Binks.