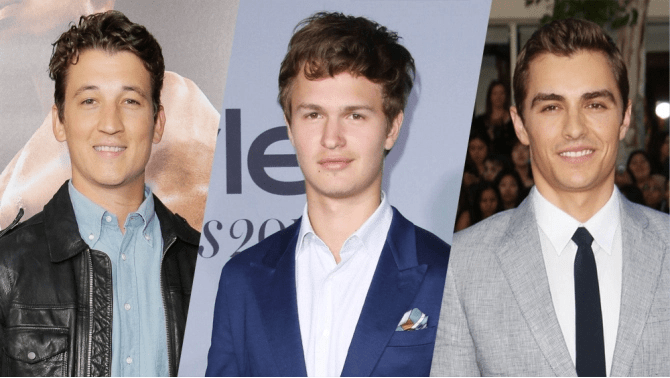 Considering how successful Star Wars: The Force Awakens has been at the box office and beyond, it’s not surprising that several additional Star Wars films are already planned. In fact, here’s the complete list of Star Wars movies that will premiere between now and the end of 2020. Among them is a new Star Wars spinoff that will feature a young Han Solo, and there has been plenty of speculation surrounding who might portray the next Han.

Disney and Lucasfilm have reportedly seen thousands of actors in an effort to find the perfect one for the role, but a new report reveals that the search has been narrowed down to a shortlist of about a dozen names — and we now know eight of the names on that list.

According to a report published on Monday by BGR sister site Variety, producer Kathleen Kennedy and directors Phil Lord and Chris Miller from the upcoming Han Solo spinoff movie will begin testing the shortlist of potential Hans sometime in the next few weeks. And of the thousands of actors who have been tested for the part, we now know at least eight of the names on the newly formed shortlist.

In other words, one of these actors is very likely to be the next Han Solo (click on any name to visit the actor’s IMDb page):

The new Han Solo movie isn’t set to start filming until early next year, but Variety speculates that Disney and Lucasfilm are eager to cast the next Han Solo soon because he may have a cameo in the new Star Wars film Rogue One: A Star Wars, which is scheduled to wrap filming in about a month ahead of its premiere on December 16th of this year.

Disney’s untitled Han Solo movie is scheduled for release on May 25, 2018.