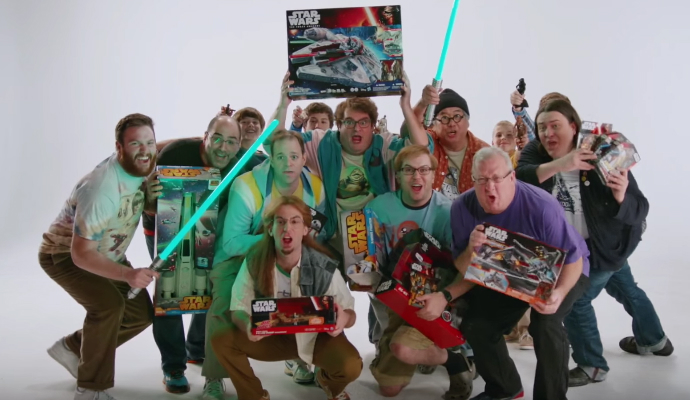 This is the week! In just a few days, Star Wars: The Force Awakens will premiere in thousands of theaters around the world, likely crushing box office records in the process. Even if you’re not a Star Wars enthusiast, you might still go see the newest movie in the saga. And you definitely know a new Star Wars episode is launching this year — after all, retail stores have been overrun with Star Wars-branded merchandise, which you can hardly miss.

Star Wars toys are hugely popular this holiday season and they will bring Lucasfilm and a boatload of cash this year. The studio went as far as to try to remove the image of a toy from the Internet, as it was listed for sale in a store too early.

But SNL did a great job explaining who these toys are actually made for.

In a brilliant spoof commercial, the SNL crew showed us who will actually purchase the toys, and what will happen to them.

Without spoiling the video for you, we’re just going to quote SNL’s YouTube description for the video: “Star Wars: The Force Awakens toys are great for everyone ages 6 and up – way up.” That quote, combined with the image at the top of this post, should give you a hint of who’s going to buy Rey, Finn and old Han Solo toys this Christmas and for what purpose.

Check out the hilarious spoof ad below.