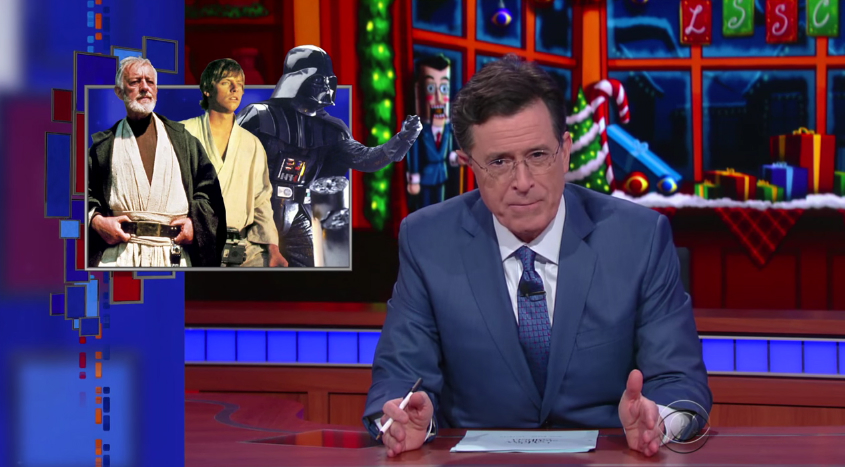 There’s probably no way to escape Star Wars news this Christmas, regardless of whether you love the saga or you haven’t actually seen any of the seven episodes. The overwhelming majority of reviews have said that Star Wars: The Force Awakens is a must-see movie. Fans assaulted theaters over the weekend, helping shatter all existing Star Wars records.

Stephen Colbert is one of America’s most high-profile Star Wars fans, and he has a hilarious explanation of what happens in the original trilogy for people who have never seen it.

In a short bit on Friday night, Colbert revealed again that he’s a great Star Wars fan and that he’s planning to go at least twice to see the new movie. However, he also acknowledged that not being familiar withStar Wars history might pose problems to moviegoers so he decided to fix that as only he can: By disclosing the plot of the entire original Star Wars trilogy in less than two minutes.

We won’t spoil any of it for you, but Colbert’s segment on what you need to know about Star Wars is brilliant and hilarious – see it below.