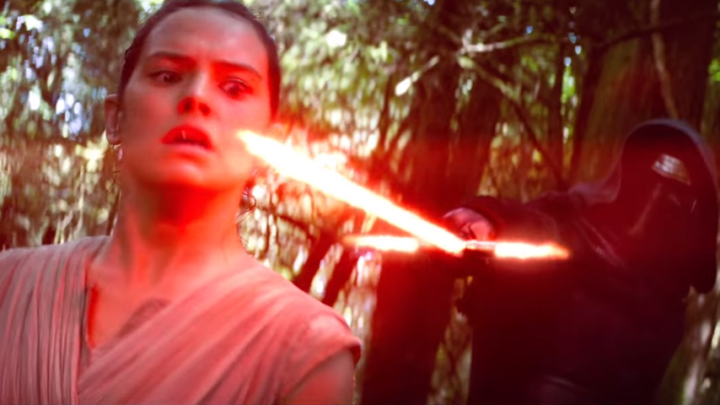 With less than two weeks to go until the movie everyone is waiting for will hit theaters, more information about the new story and characters is being gradually revealed, though many mysteries remain uncovered. In anticipation of Star Wars: The Force Awakens, a new short featurette focuses on Rey, the next main female character in the Star Wars universe.

Following Leia in the original trilogy and Princess Amidala in the prequel trilogy, Rey appears to be the new Star Wars trilogy lead woman character. And from the looks of it, Rey will be pretty tough

In the clip below, actress Daisy Ridley, who’s playing Rey in Episode VII, says that the new adventurer is “an amazing character.” Ridley confirms that Rey is a scavenger on Jakku, but also says that she’s a strong woman that many may relate to.

“I hope that women—and men—all across the world can see something they relate to in Rey, in a strong woman who does her own thing and has her own story,” Ridley says.

Backing it all up is her on-screen co-star. John Boyega, playing Finn in the new Star Wars movie says on top of everything Rey “can really kick some butt.”

The featurette shows various scenes from the movie, including footage that shows Rey fighting bad guys, meeting that adorable BB-8 robot in the desert and flying the Millennium Falcon. All in all, it’s pretty safe to say that Rey will see plenty of action in this new Star Wars battle.

Rey won’t be the only strong woman character in The Force Awakens. We already know that Captain Phasma will play a major role in the new Star Wars story (read more about this particular spoiler at this link).