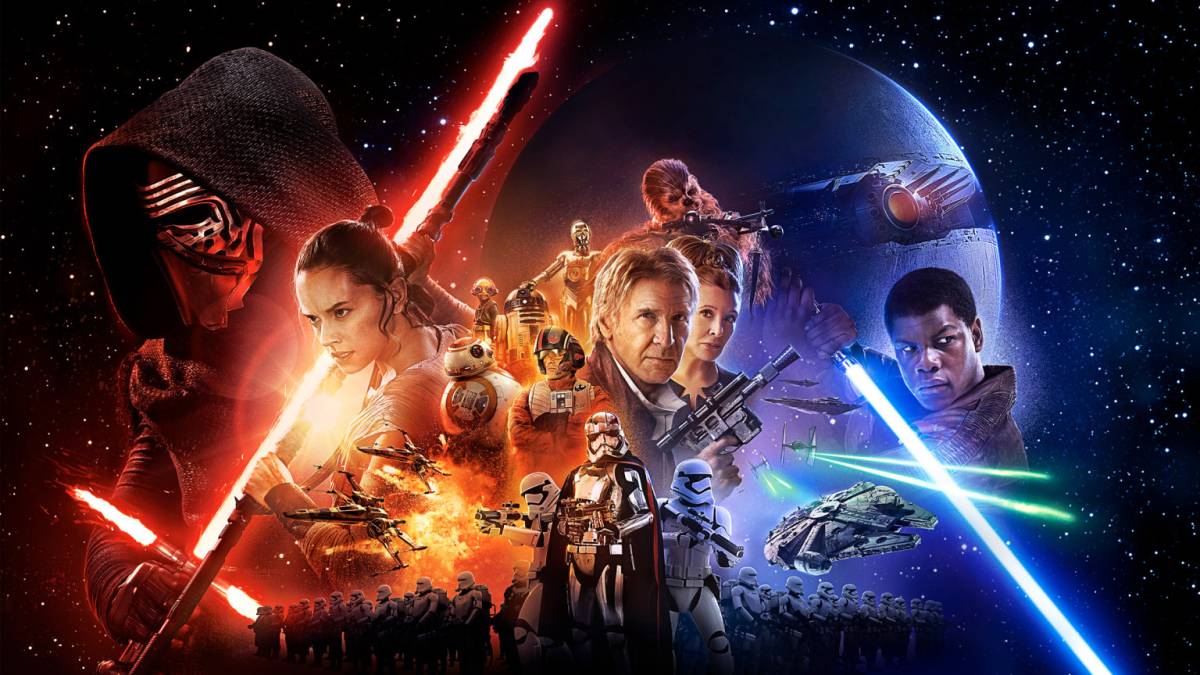 It’s Wednesday, December 16th, which means reviewers are now allowed to publish their Star Wars: The Force Awakens reviews. The movie had a limited premiere in the U.S. on Monday, and it was well liked by the limited audiences that saw it. The film will hit theaters in Europe and other markets on December 16th, and in U.S. on December 18th.

Having closely followed all the Star Wars news in the past few months, it’s too late for me to unsee all the spoilers, but if you don’t want any spoilers, you’d better stop reading this right now. Otherwise, read on to see what the critics think of Episode VII of one of the biggest and best movie franchises out there. We won’t really spoil the film for you in our review roundup, but there will be some details you might not want to learn before you see the movie yourself.

J.J. Abrams is the right man for the job, the Times believes. He’s a Star Wars fan himself, and he managed to create a movie that fans want to see. “J. J. Abrams, the director of The Force Awakens, may not have the makings of a god or an empire builder like George Lucas, but he turns out to be what this stagnant franchise needs: a “Star Wars” superfan and pop culture savant,” the Times says.

“Abrams is still trying to transcend the worst of the blockbuster imperative, but with The Force Awakens, he shows that he hasn’t stopped learning and that the lessons have begun to pay off,” the Times adds. “Abrams’s smart idea — an overarching ethos, really — in The Force Awakens is to have returned to basics, largely by dispensing with a lot of clutter. This is no small thing in a complicated movie universe in which the series sequence doesn’t even align with the release dates: the original 1977 film, for instance, is the fourth in the series and now known as Star Wars Episode IV: A New Hope.”

“Abrams may be as worshipful as any Star Wars obsessive, but in The Force Awakens he’s made a movie that goes for old-fashioned escapism even as it presents a futuristic vision of a pluralistic world that his audience already lives in. He hasn’t made a film only for true believers; he has made a film for everyone (well, almost),” the Times concludes.

The Journal’s review praises Disney for not having followed in the footsteps of the previous movies. The action takes place 30 years after Star Wars: Return of the Jedi and there are no Ewoks. “That film, produced long before Disney acquired the franchise, ended with the rebels triumphant, and celebrating their triumph in a Disney-like climax—complete with fireworks and jubilant Ewoks—that has been described as a teddy-bear luau; in other words, just the sort of treacly treatment that Disney did not inflict on the new film,” the Journal writes. Instead, there’s Abrams’s “sugar-free, spice-rich” script that takes over the saga.

And while the Journal does give away some things about the movie, it doesn’t spoil the most important thing about it: Luke Skywalker. “If I’ve left anything out, it’s only the character, actor, question and central plot point that everyone who cares about Star Wars presently cares about most: Mark Hamill’s Luke Skywalker, a search for whom provides the movie’s dramatic engine. Is Luke dead or alive? Has he gone to the Dark Side? Whatever has become of him? Well, Star Wars: The Force Awakens contains more potential spoilers than I can count, and this one will not make it into print. Everything you need to know about the movie is precisely where it belongs, in the movie. Just see it. You’ll love it.”

The Times gives The Force Awakens a five-star rating (the maximum). The movie is “exactly what we have been hoping for.”

“Phew! The Force is resoundingly with JJ Abrams’s cracking reboot of Star Wars,” the Times writes. “This seventh movie is a humongous piece of cinema — all that a sequel should be and more: a nostalgic homage to the 1977 original, coupled with intergalactic, warp-speed, panoramic blockbuster action, and a new heroine in the form of Daisy Ridley’s Rey.”

Read the full review at this link (paywall).

The Guardian loves the movie, but apparently hates BB-8 – well, hate is too strong a word. “The Force Awakens makes you forget about the redundancy and pedantry of the prequel-trilogy that came 15 years later,” the site writes. “It restores the comedy that Phantom Menace abandoned. The Force Awakens is in touch with the force of action-adventure and fun. My only tiny reservation, which I will get out of the way now, is with a tiny new droid who has a bit of a Scrappy-Doo vibe about him.”

“The Force Awakens re-awoke my love of the first movie and turned my inner fanboy into my outer fanboy,” the review continues. “There are very few films which leave me facially exhausted after grinning for 135 minutes, but this is one. And when Han Solo and Chewie come on, I had a feeling in the cinema I haven’t had since I was 16: not knowing whether to burst into tears or into applause.”

Laughter and plenty of action. That’s what The Force Awakens is all about. All done under the careful supervision of Abrams, who managed to create a compelling story, daring characters, and a great sequel.

“The Force Awakens is ridiculous and melodramatic and sentimental of course, but exciting and brimming with energy and its own kind of generosity. What a Christmas present,” the review concludes

Aside from assuring us it’ll try to avoid spoilers as best it can, Vanity Fair’s review tells us from the get-go that the new Star Wars movie, “the most anticipated film in recent memory,” is “good.”

“Director J.J. Abrams and his screenwriters have returned us to the shaggy, tactile spirit of the beloved original trilogy, eschewing overabundant digital effects and boring policy debate for a visceral sense of adventure and wonder,” the review notes. “In righting a listing starship, Abrams has done something masterful—he pays graceful homage to what has come before (the good stuff, anyway), while expanding the Star Wars mythology in bold and organic ways. Thank Yoda for that.”

“The cleverest thing that The Force Awakens does is make this a generational experience not just for its audience, but for its characters, too,” Vanity Fair says. “As you’ve no doubt seen in the ubiquitous promotional material, some old friends are back—Han Solo and Chewbacca chief among them—but there’s also a group of youngsters to carry this story, and the old folks, and us, into a new era.”

The review does point out a few problems with the movie, including Abrams’ caution when it comes to making The Force Awakens more closely resemble the original Star Wars hit than the problematic prequels. “The Force Awakens eventually reassures us that this new trilogy will take us somewhere unique,” Vanity Fair says. “But as a standalone film (one presented without the safe remove of centuries), it can, in fits and starts, seem like the original Star Wars is simply being reenacted after a game of Telephone.”

However, the movie is a must-see that fans will appreciate. “I can’t wait to see what’s in store for Rey, Finn, BB-8, and the rest,” the review ends. “If The Force Awakens is any indication, by the end of it all, we ought to have a new Star Wars saga quite worthy of its name.”

“Fun, fresh-faced leads; a terrifying, three-dimensional villain; a lightsaber battle for the ages,” The Telegraph says to kick off its five-star review (the maximum, again). “Fear not, Star Wars fans: J.J. Abrams has made the sequel of your dreams.”

Just like other reviews, The Telegraph’s review delivers a clear point, that Abrams managed to outdo the prequels and reconstruct Star Wars into something fans want. “From the off, JJ Abrams’s film sets out to shake Star Wars from its slumber, and reconnect the series with its much-pined-for past,” the review reads. “That it achieves this both immediately and joyously is perhaps the single greatest relief of the movie-going year.”

The Telegraph’s review might be the most spoiler-filled review of all, though it stays away from revealing the plot or the climax scenes.

“I’ll avoid straying into spoiler territory, but if the original three Star Wars films were about young goodness triumphing over ingrained evil, The Force Awakens very cleverly turns this narrative back on itself,” the review says. “It’s storytelling like this – addictively bold and wildly exciting – that sends The Force Awakens surging through your capillaries and straight to your heart, even more so than the beautifully styled planets (I loved the moss-draped, sylvan idyll of Takodana), the rubbery monsters, the measured pacing (characters actually talk to each other!), and the heavy dusting of nostalgia.”

Check out more Star Wars: The Force Awakens reviews by following the links below: