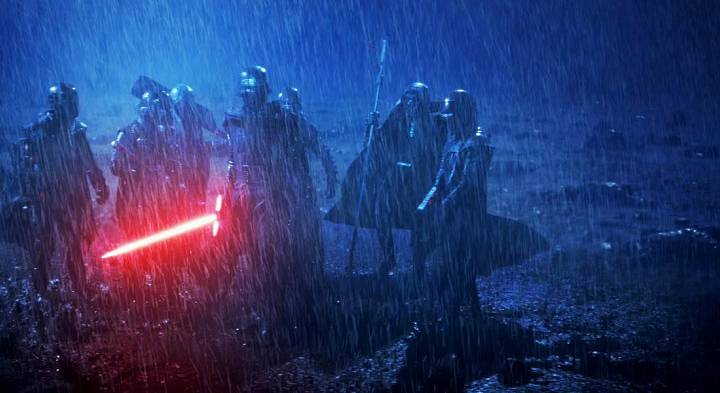 Star Wars: Episode VIII is still 18 months away and Disney will do everything in its power to keep the plot a secret. It certainly managed to prevent fans from finding out what Star Wars: The Force Awakens was all about, and it’ll probably do the same with the next episode in the saga. However, some Star Wars spoilers have already leaked out, with a fresh report detailing what might be one of the coolest Jedi fights in Star Wars history.

In case you don’t want any spoilers, you’d be wise to stop reading right here.

The same site that has provided Episode VIII spoilers before, Making Star Wars, is back with details about a massive fight. Luke and Rey have to face Kylo Ren and the Knights of Ren in what sounds like a spectacular duel.

Luke will prove that the force is still very strong with him by taking on and dispatching the entire squad of Knights while Rey will have to fight Kylo again. Luke uses the same lightsaber from Return of the Jedi and the Force to beat the Knights. Lots of wire work and white flashes effects were used for the scene.

Rey’s mission is apparently to kill Kylo, something she doesn’t want to do. Kylo appears to win this fight against Rey though, with Luke letting him escape.

Here’s the entire scene, as described by an unnamed source who witnessed it: