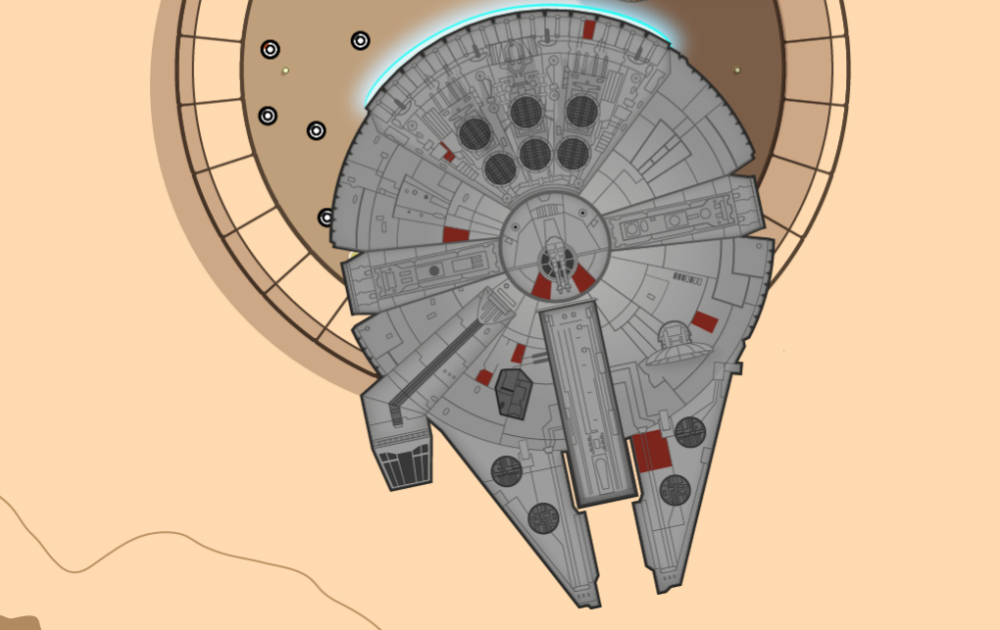 You don’t have to watch Star Wars: Episode IV – A New Hope to relive the first episode in what turned out to be one of the most important film series in movie history. Instead, you can scroll down a single image that measures 403.5 feet long if you want to go through everything that happens in that first epic movie.

Artist Martin Panchaud created this huge graphic for A New Hope with Adobe Illustrator CC. “This long ribbon reminds the ancient Chinese script rolls that had to be rolled in and rolled out simultaneously in order to be read. I like this stretch between ages, cultures, and technologies,” he wrote on the website.

He continued, “However, internet likes short stories and summaries, quickly understandable contents. With my work I aimed to create a contrast to that.”

The reason he choose Episode IV is exactly because Star Wars had such a huge influence on pop culture over the years, and A New Hope is where it all began.

The incredible “infographic” has no animations, special effects or sounds, but it’s amazing nonetheless. For example, the image above is just a part of the scrollable work of art, depicting the Han Solo vs. Greedo “who shot first” scene.

You really have to see it yourself to appreciate it (see source link below), but make sure you have plenty of free time on your hands and plenty of ice for your scrolling finger.