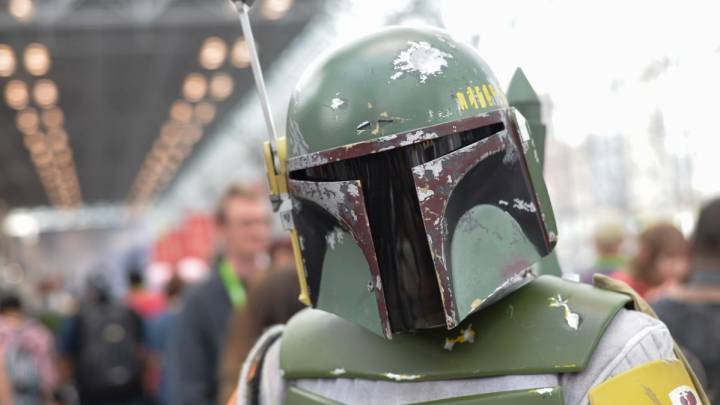 The second Star Wars Story spinoff is out in theaters right now — the origin story of Han Solo, one of the most beloved characters in that galaxy far, far away. But Star Wars fans have been fantasizing about other similar stories for quite a while, with Boba Fett being one of the crowd’s favorite. The bounty hunter may not be one of the good guys, but the folks at Lucasfilm probably have plenty more to say about the character.

Which is why we were so excited to learn that a Boba Fett movie is indeed happening all these decades later, and the man behind the Wolverine and Logan movies is on the job.

James Mangold will co-write and direct the Boba Fett movie, The Hollywood Reporter says. Writer-producer Simon Kinberg, who worked on the X-Men movies and The Martian, is rumored to be partnering with Mangold. The two have previously worked together on Logan, the final Wolverine movie to star Hugh Jackman.

That’s about everything we know about it the standalone Boba Fett movie for the time being.

Lucasfilm is supposedly developing a bunch of other movies based on the Star Wars universe as well. Disney turned the Star Wars franchise into a money-making machine after it purchased Lucasfilm, and it’s all but certain that Star Wars films won’t end once the current trilogy comes to a halt.

A standalone Obi-Wan Kenobi movie is also in the works, with Stephen Daldry set to direct. We don’t have details about this one either, so we’ll all have to wait and see as more information comes out.

Solo: A Star Wars Story is out in theaters right now, while Episode IX, which will wrap up the third Star Wars trilogy, will hit theaters next year. I wouldn’t expect either the Boba Fett or Obi-Wan projects to launch earlier than 2020.