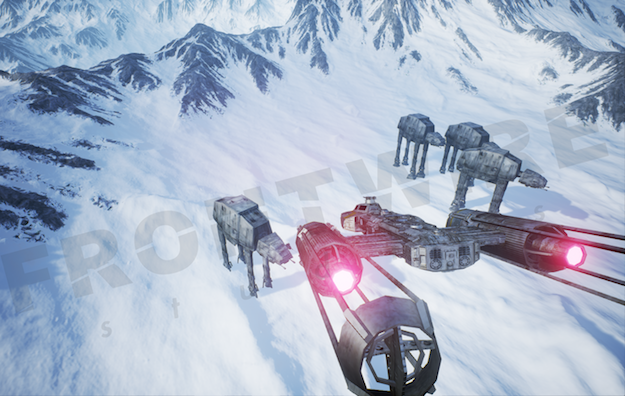 The new Star Wars Battlefront wasn’t exactly the game that fans expected. It has its strengths, but it was too far removed from the franchise from which it took its name, which is why everyone with an interest in Battlefront should be keeping an eye on the progress of the fan-made Galaxy in Turmoil.

Long before EA and DICE decided to reboot the Battlefront franchise, a third Battlefront title was in development at Free Radical Games. Sadly, the game was canceled fairly deep into the production cycle (so deep that a playable prototype actually leaked earlier this year), but some fans decided to take up the mantle and finish what Free Radical started nearly a decade before.

Thus, Galaxy in Turmoil was born and Frontwire Studios was founded.

The prospect of a “true” successor to Battlefront II excited fans of the series, but as with any fan-made project of this scope, there was (and is) always the possibility that Disney would come in a shut it down with a cease and desist.

That could still happen, but this past weekend, Frontwire announced that it had signed a distribution deal with Valve in order to bring the game to Steam for free. Again, this doesn’t ensure that the project won’t be axed at some point in the future, but as Frontwire Studios president Tony Romanelli explains:

Frontwire isn’t ready to announce an official launch date for Galaxy in Turmoil, but Romanelli says there will be a public beta in 6-9 months. The completed game is expected to feature several multiplayer modes, ground-to-space combat and the single-player campaign that EA’s Battlefront lacks.