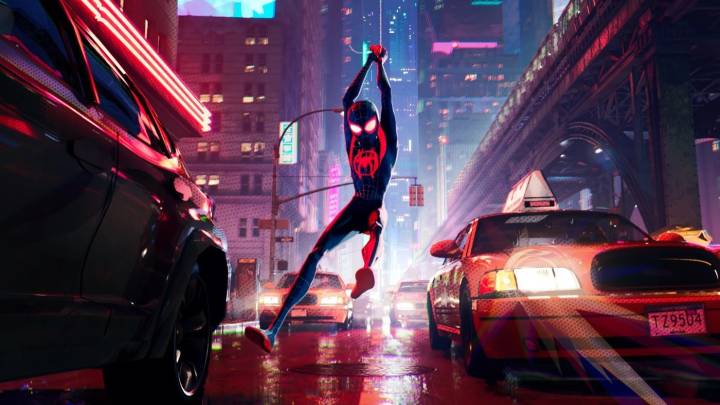 Coming off of its huge win at the Academy Awards last weekend, Sony Pictures has shared the first nine minutes of Spider-Man: Into the Spider-Verse on its official YouTube channel. You’ve heard all the praise for the Best Animated Feature Film of 2018, but if you’re still unconvinced that a cartoon superhero movie is worth a rental or a purchase (trust me, it totally is), you can get an extended taste of the movie for free.

If you missed my piece on Spider-Verse late last year, it’s just as relevant now as it was then, if not more so. Captain Marvel will be out this month, and next month, Avengers: Endgame will be all anyone will want to talk about. But while the MCU is in the midst of an apocalypse, Spider-Verse tells a smaller, more personal story.

But Spider-Verse might not have even been possible, and certainly wouldn’t have had the same impact, if audiences weren’t already versed in the shorthand of comic book movies. Spider-Man can not only support multiple movies, but multiple characters. Here’s the synopsis for Spider-Man: Into the Spider-Verse:

Phil Lord and Christopher Miller, the creative minds behind The Lego Movie and 21 Jump Street, bring their unique talents to a fresh vision of a different Spider-Man Universe, with a groundbreaking visual style that’s the first of its kind. Spider-Man™: Into the Spider-Verse introduces Brooklyn teen Miles Morales, and the limitless possibilities of the Spider-Verse, where more than one can wear the mask.

Spider-Man: Into the Spider-Verse is available on Digital now, and will come to DVD and Blu-ray on March 19th. And if you would rather see the movie on the big screen, it’s coming back to some theaters this weekend.

Tags: sony Spider-Man: Into the Spider-Verse