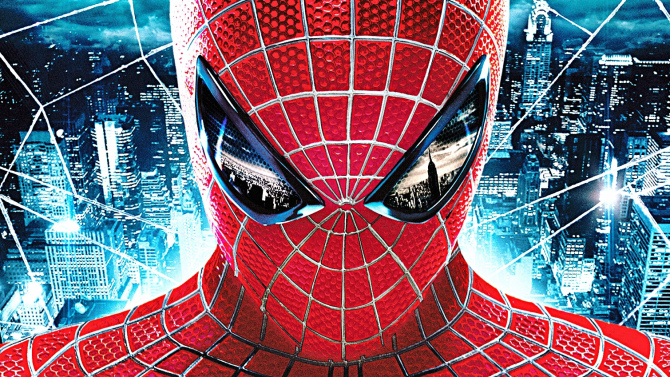 As soon as Marvel struck a deal with Sony to bring Spider-Man into the Marvel Cinematic Universe, we knew it was only a matter of time before the web-slinger made an appearance in a Marvel Studios film. Unfortunately, there wasn’t enough time to squeeze him into Avengers: Age of Ultron, but next May, we might finally get our first glimpse.

READ MORE: Photos from the set of ‘Luke Cage,’ the next big Netflix series from Marvel

You might remember that Tom Holland was cast as the new, younger Spider-Man after Andrew Garfield relinquished the role earlier this year. We know that a stand-alone Spider-Man film is scheduled to release on July 28th, 2017, but everyone in the cast and crew of Captain America: Civil War refused to budge on the subject of Spider-Man.

But despite all of the secrecy, Robert Downey Jr. appears to have slipped up and given away the fact that Spidey will be introduced in the upcoming movie in a recent interview with Entertainment Weekly.

“[Don] Cheadle and I are just going, ‘Wow, dude, look at this.’ We’re now like the old guard, and our storyline carries real weight just because of our history in the [canon],” said Downey Jr. “But we’re also looking around like, ‘Who thought that Falcon and Black Panther and Ant-Man and now Spider-Man…?’ I mean it’s like wow, this thing is just crazy.”

Chris Evans was quick to jump in, attempting to throw the interviewer off the scent by noting that Marvel occasionally “shoots things and then don’t use them,” but we’re not going to be fooled that easily.

Next May, unless Marvel really does cut his scenes from the film, we’re going to meet the new Spider-Man at some point in Captain America: Civil War. I won’t delve into the plot of the comic arc of the same name, but Spider-Man played a vital role in the storyline, so it would be a bit of a letdown if he didn’t get to pick a side in the movie.

The only question: Which side will he choose?