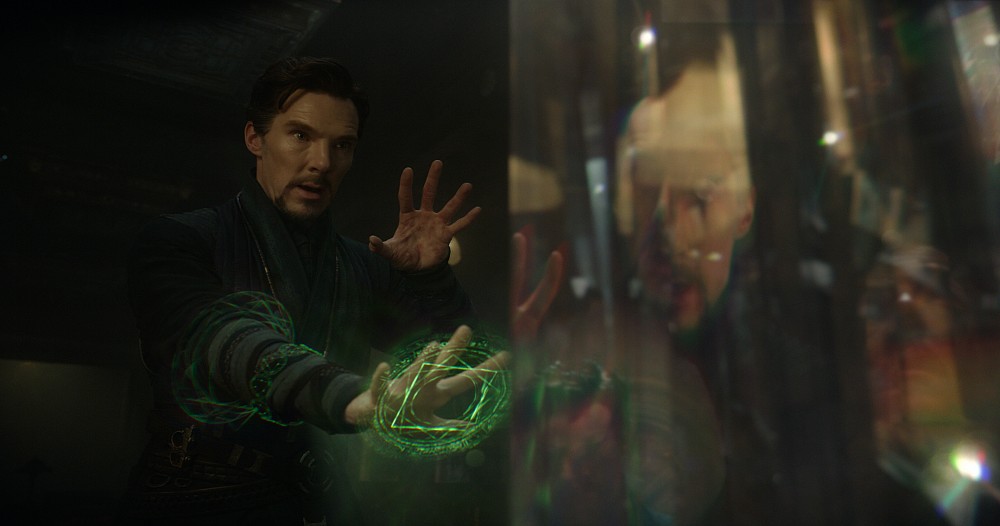 For months, we’ve been speculating that Doctor Strange in the Multiverse of Madness could be the most exciting and the most impactful movie in Phase 4 of the MCU. The multiverse is key to some of the craziest storylines in the history of Marvel comics, and the Doctor Strange sequel could lay the groundwork for the future of the movie franchise. But it sounds like Doctor Strange will have even more responsibility than fans might have expected.

According to The Hollywood Reporter, Benedict Cumberbatch will reprise his role as the caped magician for the next Spider-Man movie as well. Dr. Stephen Strange will reportedly take over the mentor role that was previously occupied by Tony Stark before Iron Man met his demise while saving the universe in Avengers: Endgame.

Cumberbatch’s involvement in the Spider-Man sequel from Marvel Studios and Sony Pictures actually might be the missing puzzle piece for another recent piece of news regarding the movie. A few days ago, THR reported that Jamie Foxx would be making a shocking return to the silver screen to play Electro once again in Spider-Man 3. Foxx played the same villain in 2014’s The Amazing Spider-Man 2, which wasn’t part of the MCU and starred Andrew Garfield as Spider-Man. It was unclear how this would work, especially with Foxx playing the same character.

With Doctor Strange joining the cast, we might already have our answer.

As we’ve seen in each of his appearances to date, from his solo movie to the Avengers team-ups, Strange is capable of shifting reality to his will, and we wouldn’t be surprised to see him have to assist with a multi-dimensional mix-up in Spidey’s next adventure. Also, it wouldn’t be the first time we’ve seen Spider-Man contend with alternate realities — Spider-Man: Into the Spider-Verse introduced us to multiple versions of the hero just two years ago.

Providing nothing else changes, the untitled third Spider-Man solo movie is set to begin filming later this month in Atlanta, as is Doctor Strange in the Multiverse of Madness, but in London. THR says that it’s not clear when Cumberbatch will shoot his scenes for the Spider-Man sequel, but with as many leaks as we’ve seen in recent months, we’ll probably know when it happens. Marvel and Sony had nothing to say when reached for comment.

Spider-Man 3 is currently scheduled to come to theaters on December 17th, 2021. We’ll see about that.