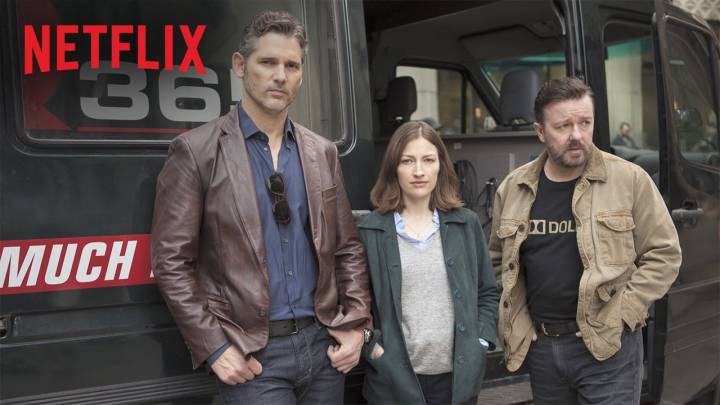 Of all the original content scheduled to hit Netflix this year, there’s one movie that has me more intrigued than anything else: Special Correspondents. Written and directed by Ricky Gervais, Special Correspondents is about a radio journalist and his sound tech faking war reports from Ecuador while holed up in New York City.

It’s the first feature length production from Gervais since Cemetery Junction in 2010, at which point he transitioned to cameos and secondary roles in several movie and TV projects, as well as becoming a regular host of the Golden Globes.

Special Correspondents, on the other hand, releases exclusively on Netflix on April 29th. It stars Eric Bana, Vera Farmiga, Benjamin Bratt, America Ferrera and several other big names. You can watch the official trailer for the movie below: