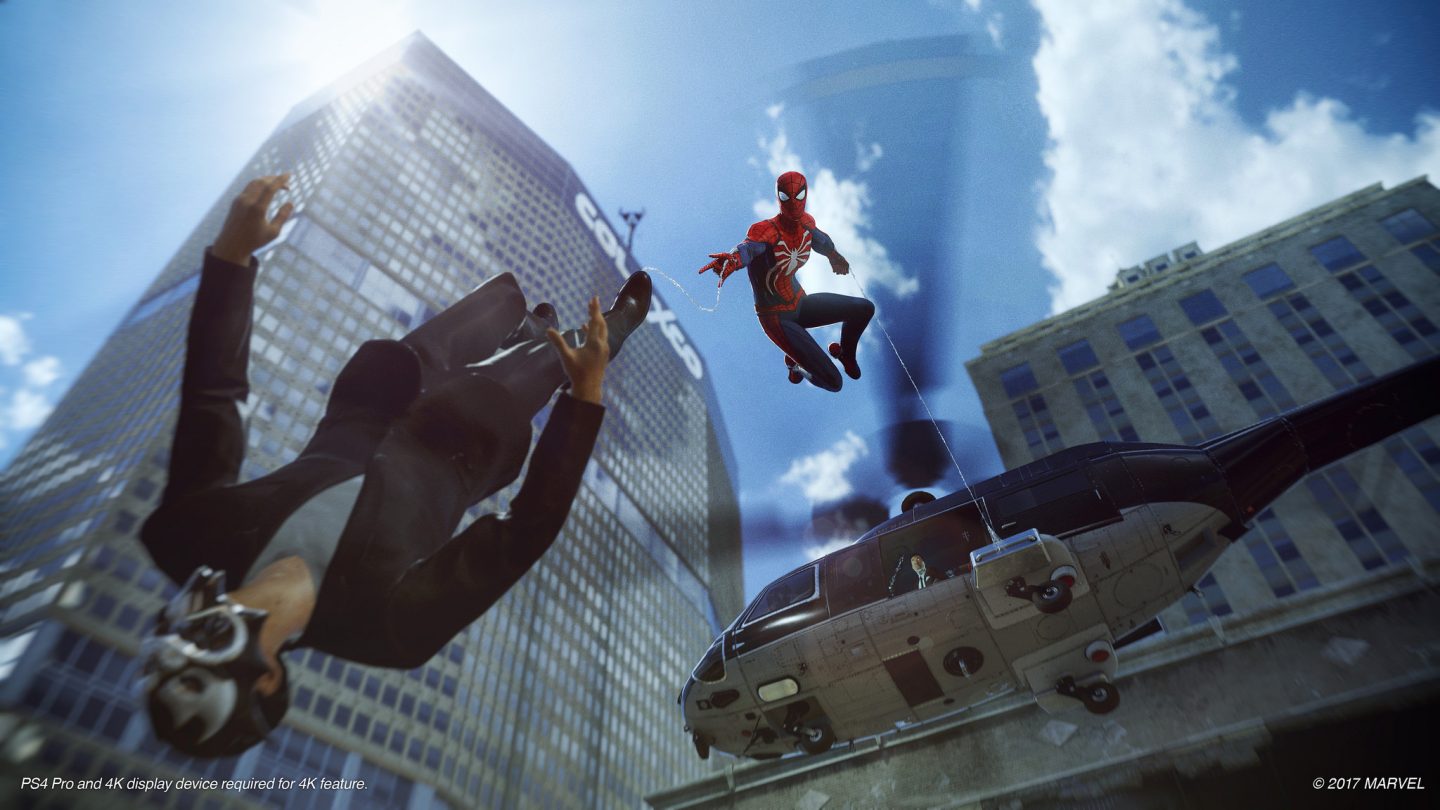 Save for Nintendo’s short Spotlight presentation on Tuesday morning, Sony held the final conference of E3 2017. Oddly, it probably could have been a digital event itself, as SIEA head Shawn Layden kicked off the event, walked off stage and Sony proceeded to show off a string of trailers for an hour. He then returned to thank everyone for watching before introducing the final trailer for Spider-Man.

To make matters stranger, a majority of the games shown off at the event won’t be available until 2018. Sony had a killer start to 2017, but Microsoft and Nintendo have a chance to take the second half.

Unsurprisingly, Sony kicked off the conference with a new look the Uncharted spinoff titled The Lost Legacy. It follows Chloe Frazer and Nadine Ross as they “venture deep into the Western Ghats mountains, discover the lost cities of the Hoysala Empire, and face a ruthless warmonger, Asav.” It will be available for the PlayStation 4 as a standalone game on August 22nd.

The Frozen Wilds continues the story of Horizon Zero Dawn

Horizon Zero Dawn is one of the best PS4 games to date, but it ends on a cliffhanger of sorts. Maybe The Frozen Wilds DLC will help answer some of the questions we still have about Aloy.

Days Gone is an action adventure game filled with zombies

I’m having a hard time telling the difference between Days Gone and The Last of Us. Also, Days Gone got a long trailer, but The Last of Us Part II was nowhere to be seen tonight.

Monster Hunter has been stuck on mobile platforms for years, but in early 2018, Monster Hunter World will drag the franchise kicking and screaming to modern home consoles.

Shadow of the Colossus is getting an HD remake on PS4

We already got a Shadow of the Colossus remaster, but next year, we’re getting a full HD remake for the PS4. One of the best games of all time is going to be rebuilt for the new generation.

Excited about the new Marvel vs. Capcom game? I come bearing good news — you can download the Story Demo on both PS4 and Xbox One right now on the Xbox Store and PlayStation Store.

Our first look at the multiplayer in Call of Duty: WWII looks familiar, but exciting.

Skyrim is coming to PlayStation VR

If you thought Bethesda’s conference on Sunday night was a bit light, this might explain it. The Elder Scrolls V: Skyrim is coming to PSVR in November, but Sony wanted to save the reveal for tonight.

Star Child is side-scrolling PSVR game with a cosmic twist

Star Child looks to be a futuristic side-scrolling platformer than your play in VR.

The Inpatient is a creepy VR game set in an asylum

This unsettling game for PSVR is actually a prequel to Until Dawn, set 60 years before the events of the first game and taking place in the Blackwood Sanatorium.

There’s going to be a FFXV VR fishing game

Fishing with Final Fantasy bros in VR sounds like a weird dream, but it’s also a real video game.

After being pleasantly surprised by Farpoint, I’m all for more VR first-person shooters.

Moss is a VR game where a mouse has a sword

At first, I thought this was a Redwall game, but it turns out it’s another mouse with a sword. Either way, I really want to play this VR game with a dangerous, swashbuckling mouse.

God of War is a very violent father-son road trip

Another huge PS4 exclusive not coming out this year, God of War continues to impress me. I like, but don’t love the series as a whole. This looks more my speed, especially from a narrative standpoint.

Quantic Dream has always been hit or miss, but this looks like it could be a hit.

A closer look at the bad guy of Destiny 2

I’m already more invested in the story of Destiny 2 than I ever was in Destiny’s story.

Spider-Man wraps up Sony’s conference with a bang

I’m not a fan of quick time events, but other than that, Insomniac’s Spider-Man looks just as good as I’d hoped it would. Dynamic combat, a massive open world, all the traversal options you want in a Spider-Man game — this could be the first worthy follow-up to Spider-Man 2 from 2004.