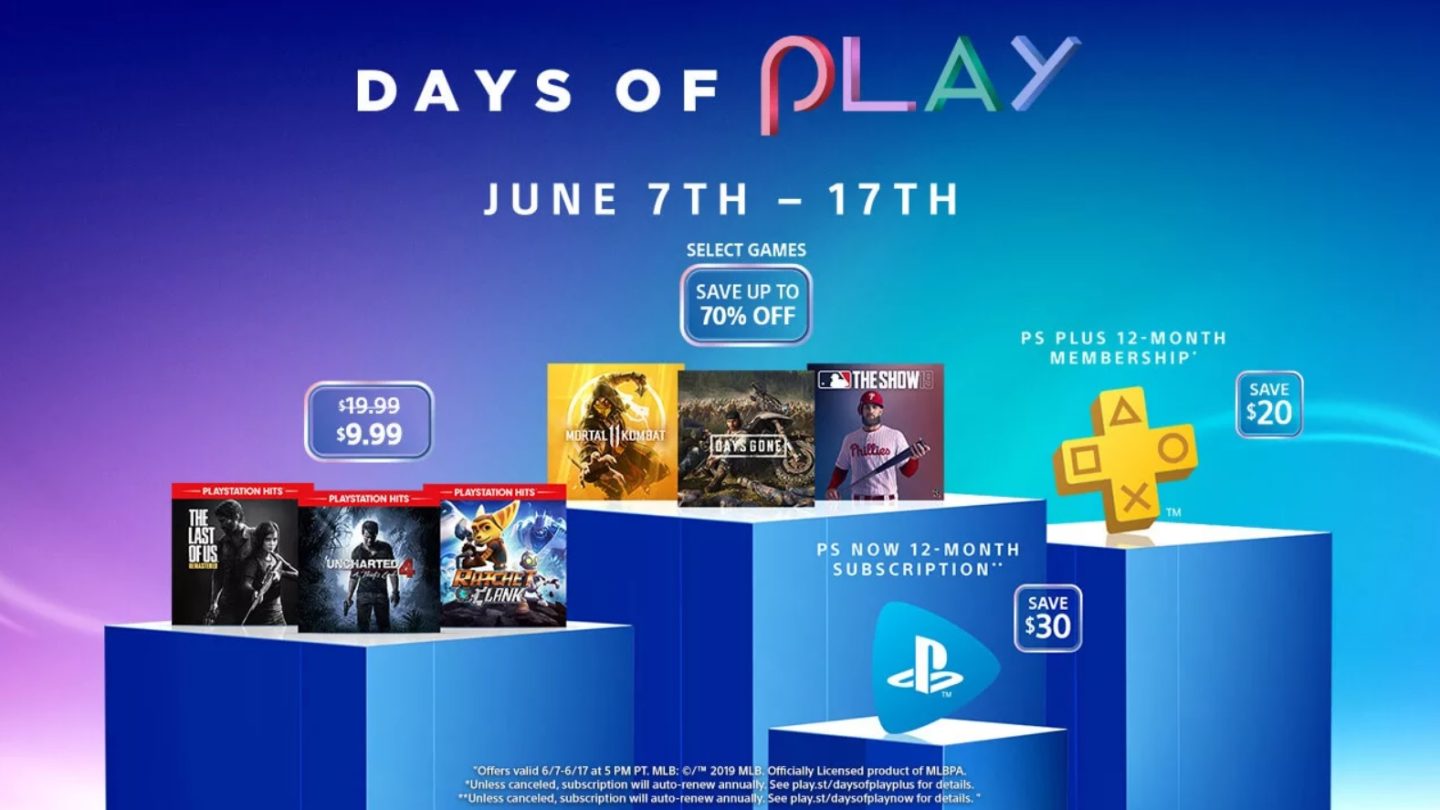 Just because Sony won’t be attending this year’s E3, that doesn’t mean PlayStation 4 owners don’t have reason to be excited this month. That’s because Sony’s annual “Days of Play” global promotion is back, kicking off a round of sales and discounts Friday, June 7th for 11 days, wrapping up on June 17th.

Sony calls this a kind of “celebration” of the passionate PlayStation community, and during the sale’s run gamers will be able to find deals on hardware, accessories as well as PlayStation games at participating retailers. Among the goodies being introduced during this year’s sale is a 1TB PlayStation 4 Days of Play Limited Edition for $299.99 USD / $379.99 CAD. It’s a limited-edition console in Steel Black that features the iconic PlayStation “shapes” embossed in silver on top, along with a companion DualShock 4 controller.

Also up for grabs:

Sony is also touting discounts on its PlayStation Now and PlayStation Plus services. You can currently take $20 off a 12-month subscription to the latter, which lets you play online with friends, get two free PS4 games every month and access to exclusive discounts and more. Likewise, you can take $30 off a 12-month subscription to PlayStation Now, which lets gamers enjoy more than 750 games on-demand. They can be streamed directly to your PS4 or PC, and you can also download PS4 and PS2 games to your PS4.

The Days of Play promotion also includes 20% off of select official licensed merchandise from PlayStation Gear. In terms of the retail aspect to the promotion, you can actually take advantage of the sales at a number of retailers, including Target, Walmart, Best Buy, Amazon and GameStop.