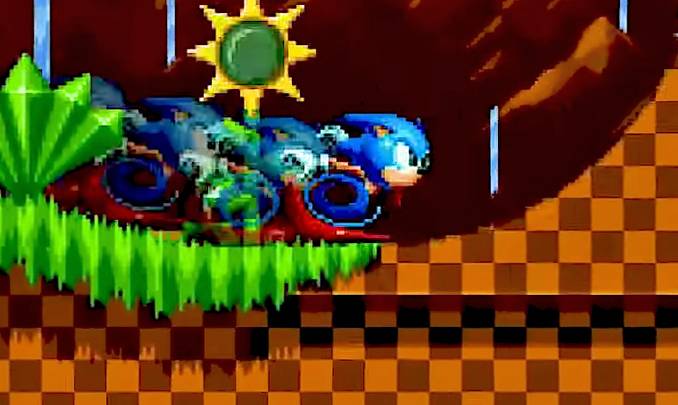 As Mario and Mega Man have repeatedly proven, taking a beloved video game character back to its roots can be a real treat. Sega’s Sonic the Hedgehog — and its many iterations — were huge hits in the 16-bit gaming era, but Sonic’s evolution since then has been a mixed bag to say the least. Now, decades after the blue rodent first raced over pixelated landscapes to free his woodland kin, Sonic is getting an all-new, retro-inspired side scrolling adventure, and it looks perfect.

The new game, titled Sonic Mania, is pure fan service for anyone who owned a Sega Genesis or Mega Drive. It looks exactly like the Sonic games of yesteryear, complete with highly colorful backdrops, plenty of different enemy types, and lots and lots of speed. And, since it’s slated to hit modern game systems like the PS4, Xbox One, and Nintendo Switch, it’s a good bet that it’ll run buttery smooth.

Mania‘s levels are a mix of all-new zones and spruced up classics, with Dr. Eggman — or Dr. Robotnik, if you’re a real Sega purist — serving as the primary protagonist. The title will be available for digital download on the aforementioned systems, along with PC, for the totally reasonable price of $20. However, if you really want to go all-out, you can pick up the collector’s edition, which comes with the game, a Sega Genesis-style faux cartridge (which holds a gold ring, obviously), and a foot tall Sonic statue perched atop a Sega Genesis stand. Sonic Mania launches August 15th.