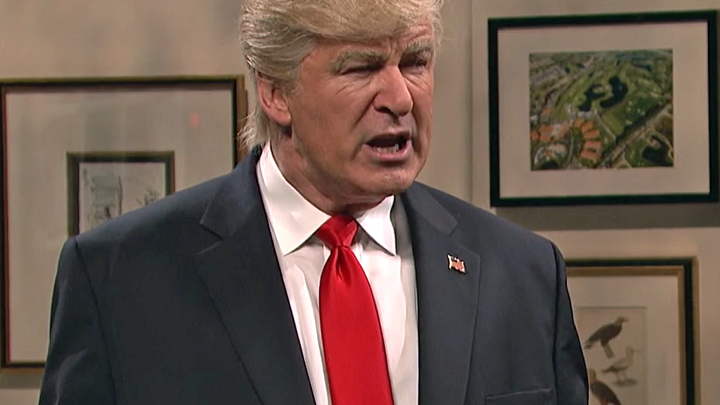 Alec Baldwin’s hilarious portrayal of Donald Trump on Saturday Night Live has been one of the few bright spots of 2016. The skits are always hilarious and have been getting a ton of attention from viewers both old and new, and even ruffled the President-elect’s feathers on more than one occasion. With all those things working in tandem, you’d have to imagine Baldwin is making a pretty penny for his appearances, but shockingly that’s not the case.

In an interview with the New York Times, Baldwin revealed a number of details about his recurring SNL gig, including his pay. For each appearance on the show, Baldwin is paid just $1,400. The actor also noted that he doesn’t write the scripts himself, and that his preparation to play Trump each night takes less than ten minutes.

$1,400 is a pretty decent paycheck for one night of work, but it’s not exactly a blockbuster salary. By contrast, Baldwin reportedly made $300,000 per episode of the NBC comedy 30 Rock, though his role in that show obviously required much more commitment than his SNL appearances demand. Baldwin’s overall net worth is thought to be in the $60 million range.

So how long with the Trump character live on? That’s a question that not even Baldwin is able to answer, though he explained that his appearances are likely to become more sporadic moving forward due to some upcoming movie roles. However, with Trump’s presidency looming, you can likely expect to see plenty more of the over-the-top caricature before 2020 finally rolls around.