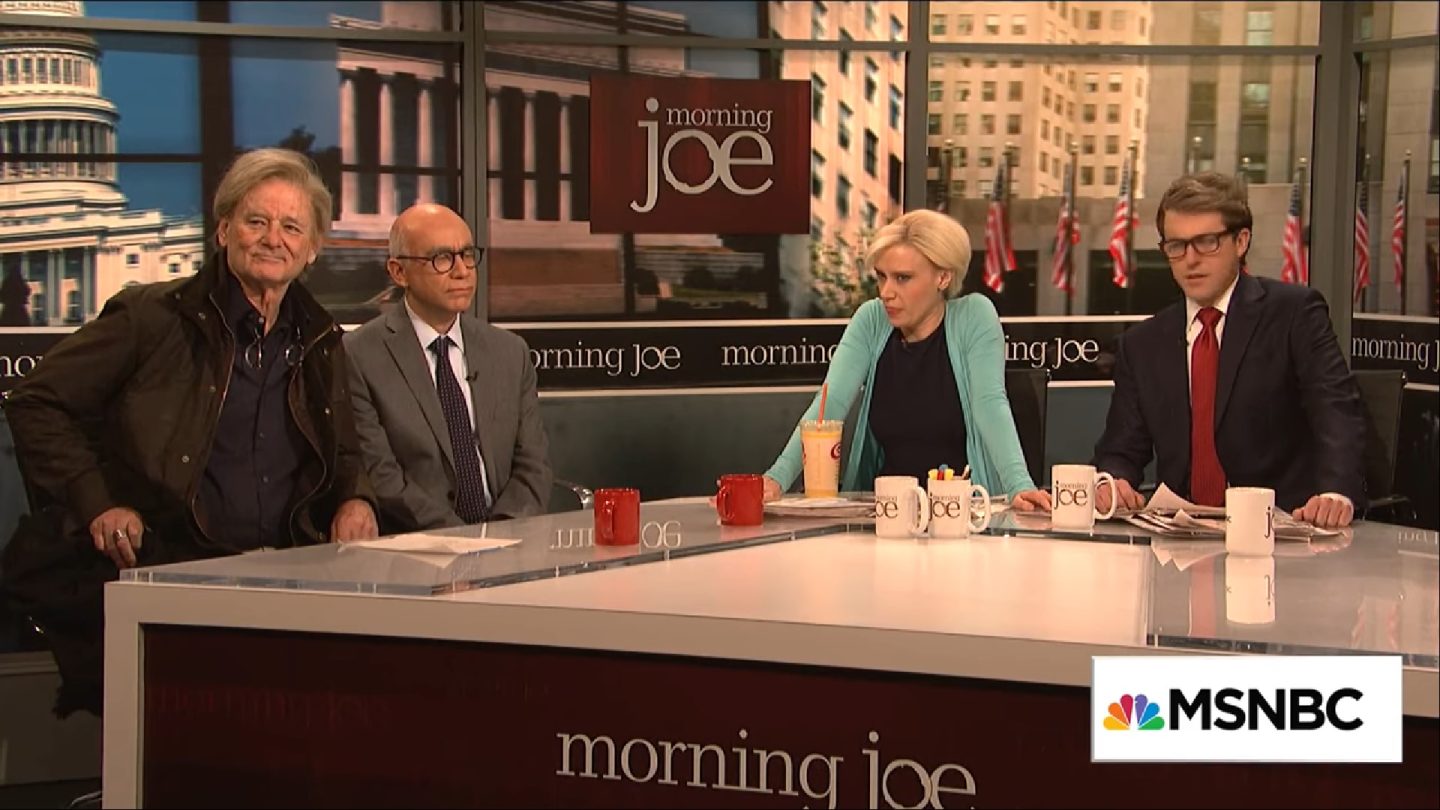 After nearly a month off the air, Saturday Night Live returned over the weekend with Sam Rockwell as the host and Halsey as the musical guest. But the real star of the show was Bill Murray, who made a special guest appearance as the recently-unemployed Steve Bannon, who had previously appeared as a masked grim reaper.

The first SNL episode of 2018 kicked off with a cold open sketch with Kate McKinnon and Alex Moffat reprising their roles as Mika Brzezinski and Joe Scarborough of MSNBC’s Morning Joe. After repeatedly talking over their first guest, they welcomed Fire and Fury author Michael Wolff (played by Fred Armisen) to the show.

Following a short Q&A with Wolff, the hosts bring out Steve Bannon to share his side of the story. After all, the quotes from Bannon in Wolff’s book were what led to the falling out between he and the Trump family, and contributed heavily to him parting ways with Breitbart, which he had run for years. Unsurprisingly, Bill Murray crushes it:

Bannon is upset with Wolff, but says he’ll be back in politics in no time, and on his own terms:

“I convinced this country to elect Donald. And I can do it again,” said Bill Murray’s Steve Bannon. “Already auditioning candidates, got some prospects. Logan Paul. Martin Shkreli. The Subway guy, Jared Fogle. He’s back, he’s electable. It’s time for American to slide down the Bannon-ster.” (He was especially proud of this pun.)

And then Oprah Winfrey shows up to save the day, because of course she does.