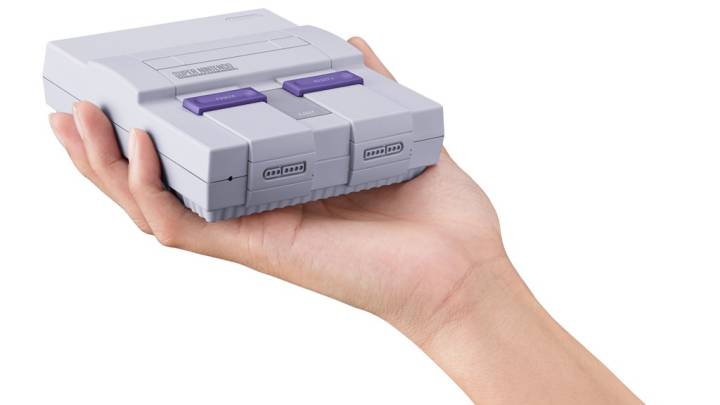 As exciting as the reveal of the SNES Classic Edition was earlier this week, it was tempered somewhat by the memory of the NES Classic Edition’s availability woes. The minute that first retro console caught on, it was impossible to find. Then, at the height of its popularity, Nintendo scrapped it.

But there is an important caveat to keep in mind if you were thinking of waiting out the holiday rush.

Shortly after the announcement on Monday, Kotaku got in touch with Nintendo to ask about availability. The response was encouraging, but see if you can spot the line that worries us the most:

Super Nintendo Entertainment System: Super NES Classic Edition is currently planned to ship from Sept. 29 until the end of calendar year 2017. At this time, we have nothing to announce regarding any possible shipments beyond this year.

Our long-term efforts are focused on delivering great games for the Nintendo Switch system and continuing to build momentum for that platform, as well as serving the more than 63 million owners of Nintendo 3DS family systems. We are offering Super Nintendo Entertainment System: Super NES Classic Edition in special recognition of the fans who show tremendous interest our classic content.

Yes, there will be more SNES Classic Editions on store shelves than there ever were NES Classic Editions, but Nintendo isn’t currently planning to produce or ship the retro console beyond 2017. In other words, the supply will still be limited, perhaps just not as severely limited as it was with the NES Classic last year.

If you want to ensure that you get your own SNES Classic Edition at the suggested retail price of $79.99, you should preorder one the instant they become available. Scalpers are going to be out in force for the launch of the SNES Classic on September 29th, so rather than risk missing out, just secure your spot in line as soon as possible. Otherwise, you might have to resort to other methods.

And if you’d rather avoid the chaos altogether, you can just pick up a Hyperkin console instead.