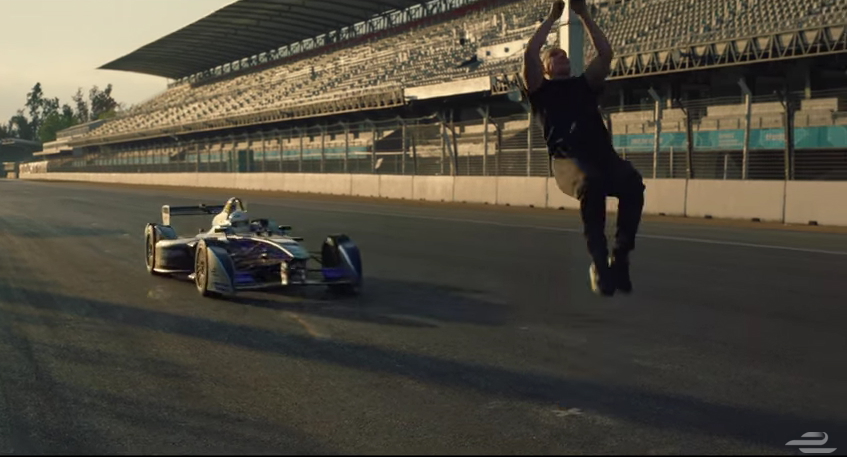 The name Damien Walters may not sound familiar to most people, but some James Bond fans will know he happens to be Daniel Craig’s stunt double in Skyfall, one of the latest 007 movies. How good of a stunt person is Walters, you may ask? Just watch the following video, in which he does a standing backflipp over a Formula E race car that’s barreling towards him at 60 miles per hour.

Oh, and Walters doesn’t even look to see it approaching.

DON’T MISS: This is the moment virtual reality has been waiting for

The stunt looks pretty dangerous, and it is, but Walters prepared for the daring jump for a couple of days before actually attempting it. The “Leap of Faith” jump took place in Mexico City and was filmed to promote the FIA Formula E Championship.

He continued, “It took two days of practicing and timing the jump perfectly to make sure that I was able to clear the car safely. As the dangers were obvious, it was very important that we worked with trained professionals and why it should never be attempted by anyone else.”

Alistair Whitton, a stunt driver who also worked on Skyfall and Kingsman: The Secret Service, drove the Formula E car that was racing towards Walters in the stunt.

The following videos show Walters’ impressive backflip over the speeding Formula E, and one of them offers an amazing 360-degree look at the entire thing.