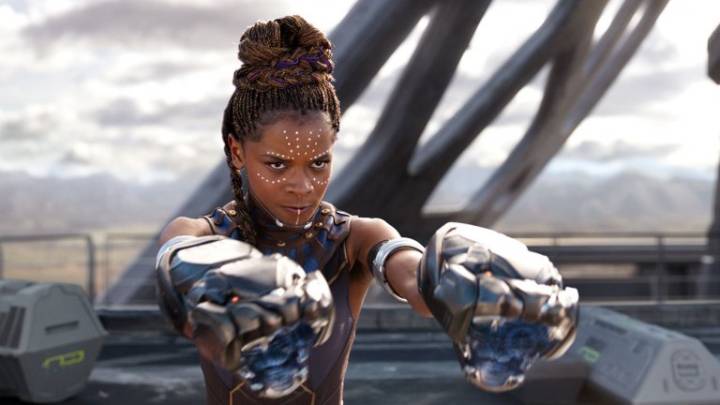 Shuri — the brilliant, gadget-loving, teenaged quip-dropping sister of Wakanda monarch T’Challa in Marvel’s Black Panther — is getting ready for her close-up.

Come October, a spinoff comic book series focused on Black Panther’s little sister written by Nnedi Okorafor with art from Leonardo Romero, will hit shelves. Here’s hoping it gives us more of what fans fell in love with thanks to Letitia Wright’s portrayal of her in the Marvel blockbuster. Because everything about Shuri in the film, from her ferocity as a warrior to the confidence of youth to her perfectly timed zingers — “Great! Another broken white boy for us to fix!” — was superb.

According to an official Marvel synopsis as recounted by Bustle, the series will focus on the aftermath of Black Panther’s doomed mission in space. Shuri, yanked out of her lab by the call of duty, is next in line to the throne.

“Shuri is happiest in a lab, surrounded by gadgets of her own creation,” the synopsis reads. “She’d rather be testing gauntlets than throwing them. But a nation without a leader is a vulnerable one — and Shuri may have to choose between Wakanda’s welfare and her own.”

From the official Marvel description of Shuri, she’s T’Challa’s half sister, the daughter of King T’Chaka and Queen Ramonda. She also possesses a “formidable mind,” as the movie’s great writing made clear: “Just because something works,” she notes at one point in the flick, “doesn’t mean it can’t be improved.”

It’s great news to see Marvel keen to give fans more from the franchise — and it also makes a lot of sense. Fans, in a word, love it. We’ve noted previously, for example, how Black Panther was the second-highest grossing film of all time when looking at 4-day openings.

Nnedi (@Nned on Twitter) is pumped, based on some comments she gave about this to Bustle. In an email, she enthused that Shuri is “an African young woman of genius level intelligence who is obsessed with technology and has traveled spiritually so far into the past that she’s seen Wakanda before it was Wakanda. The Ancestors call her Ancient Future. And she’s super ambitious. What do I love about her? Alllll that and more. She’s a character in the Marvel Universe who really sings to me.”