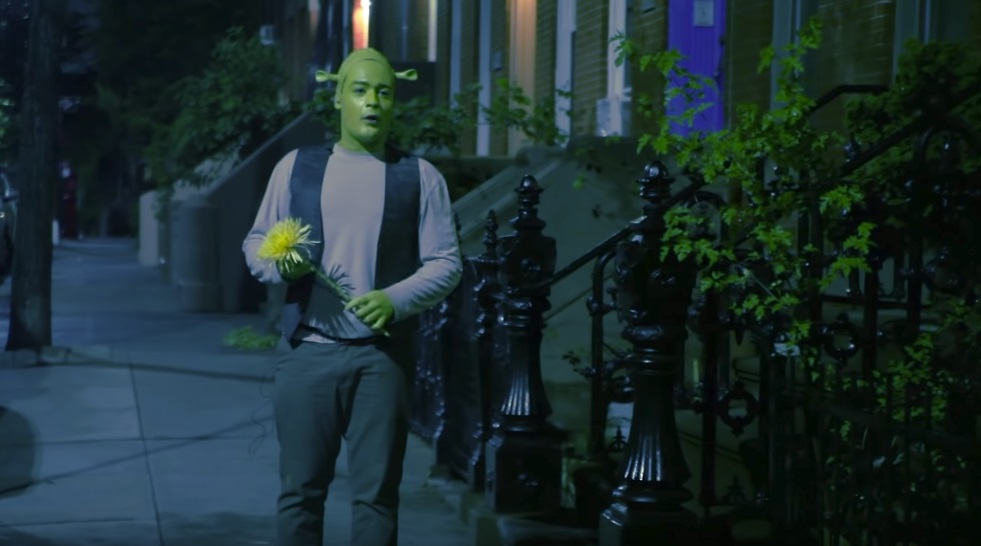 As far as movies go, some engender more passion from fans than others, with the Star Wars franchise obviously being one such example. A more recent film franchise that has seemingly created something of a rabid fan base of its own, interestingly enough, is Shrek. In one respect, this shouldn’t be too much of a surprise given that the Shrek films appeal to a wide spectrum of ages. Indeed, the original is something that can be enjoyed equally by adults and kids alike.

In light of the aforementioned Shrek fandom, a group of 200 or so hardcore fans recently banded together to create one of the most bizarre videos you’ve seen in quite some time. Dubbed Shrek Retold, the film is a surreal shot-for-shot remake of the original 2001 film. What makes the film so outlandish is that it’s comprised in a multitude of artistic styles. Specifically, some of the scenes are live action recreations — with actors wearing laughably bad makeup — while other scenes are nothing more than crude animations.

The end result is a film that is as charming as it is downright peculiar. More than anything, it speaks to the intense passion of Shrek fans, not to mention the power of social media and the Internet to motivate complete strangers to work together on a common goal that, say what you will about the film quality, undoubtedly took a lot of time and effort.

The full video — which certainly provides a nice trip down memory lanes for fans who haven’t seen the movie in ages — can be viewed in its entirety below. If anything, the varying styles actually make the effort more watchable as you never know what type of film style the next scene is going to be.

For anyone interested, Wired has a nice recap detailing how the entire project came into existence. And if we’re being honest, we wouldn’t mind seeing some shot-for-shot remakes of other movies, with Back to the Future being my personal top choice.