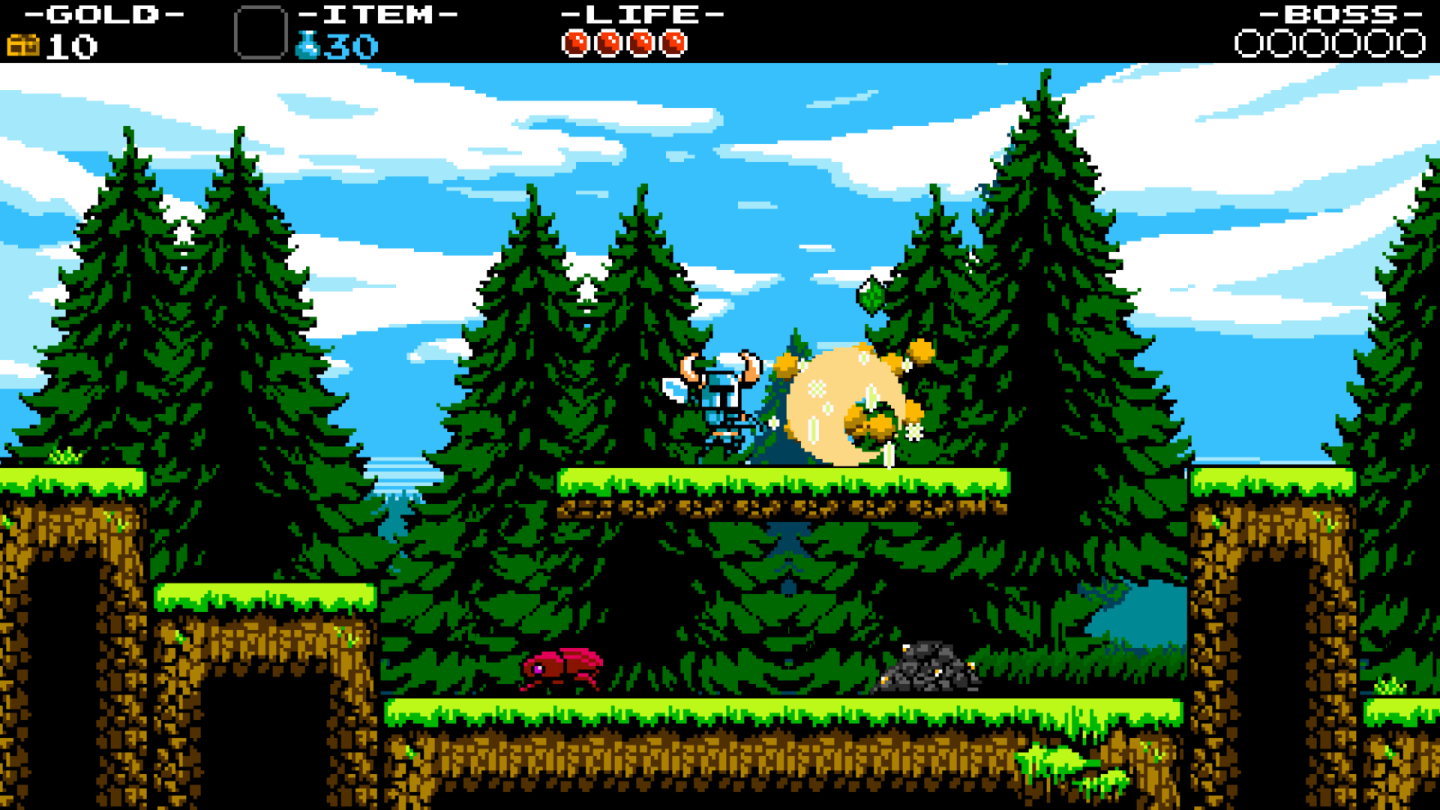 While the launch lineup of the Nintendo Switch as a whole is somewhat lacking, The Legend of Zelda: Breath of the Wild might be one of the best launch games of all time. Unfortunately, despite the fact that it is an absolutely massive game, you will eventually finish it and have to find something else to play on your Switch. There are a few viable options, but Shovel Knight should be next on your list.

Shovel Knight originally came out on PC, Wii U and 3DS back in 2014. The 2D, side-scrolling action platformer has since been ported to virtually every console and computer in existence since then, but on March 3rd, alongside the launch of the Switch, developer Yacht Club Games released Shovel Knight: Treasure Trove exclusively on Nintendo’s new console.

The Treasure Trove package features the main campaign from the original game, three additional campaigns starring other characters from the game (one of which will release later this year), co-op gameplay, challenge mode, body swap mode and a 4-player battle mode (also expected to hit in 2017).

Everyone who owns a copy of Shovel Knight will receive the Treasure Trove update next month, but for now, Switch owners are the only ones with access to the complete package, which includes the brand new Specter of Torment campaign. Plus, if you already own Shovel Knight on another platform and just want to try out the new campaign, you can buy Specter of Torment on its own for $9.99.

I somehow missed Shovel Knight altogether when it launched nearly three years ago. I read all of the positive coverage and heard it was one of the better indie games of the year, but I just never got around to picking it up. In a way, I’m glad I didn’t, because I can’t imagine a better platform for Shovel Knight than the Switch.

In Shovel Knight, you play the role of the titular Shovel Knight. As the name suggests, he’s a knight with a shovel, and he uses his shovel to not only smack enemies in the face, but also to dig up treasure and, most importantly, bounce off of enemies and objects in the levels. If you ever played DuckTales on the NES, this move will probably be familiar to you, as Scrooge McDuck did the same thing with his cane.

Shovel Knight (both the character and the game) has a great sense of humor, but it’s also brutally difficult at times. Just when you feel like you have a grip on the controls and the combat, the game will throw a new enemy your way that breaks the rules you just learned. The same is true of the platforming segments, which are tough, but not unfair. The bosses, on the other hand, can be absolute terrors.

Coming off of a surprisingly difficult Zelda entry, I wasn’t sure a punishing retro platformer was what I wanted to play next. Shovel Knight proved me wrong, and I recommend it to everyone who owns a Switch.