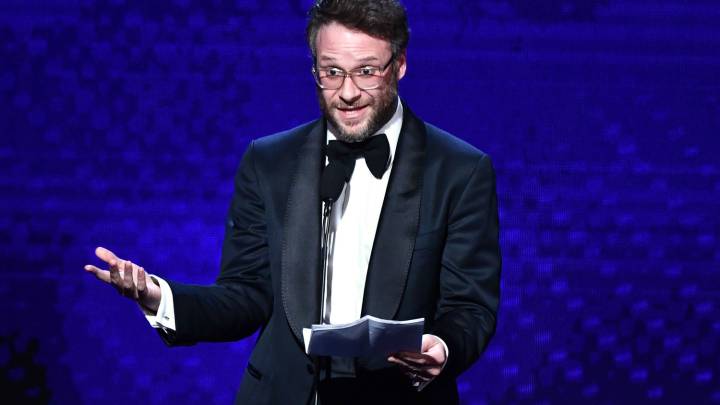 It’s a pretty sure bet that all of us could use some relief from the news at the moment, with all the frantic and quite frankly terrifying updates about the COVID-19 coronavirus. The number of cases keeps rising, hospitals are starting to reach the breaking point in some parts of the country, and the crisis just grinds on and on.

Comic relief is sorely needed right now, something that’s, unfortunately, a little hard to come by. Pretty much the entirety of Hollywood has shut down because of the virus, which means no new movies are being made right now nor any new TV shows, either. Which is why, into the breach, stepped Seth Rogen, who took it upon himself to conquer a most daunting challenge: To actually sit down and watch December’s utter bomb of a movie, the universally panned Cats.

Of course, he gave himself a bit of an edge will doing so. He decided to watch this movie with human actors frolicking around in cat costumes while — what else? — super-stoned. And, to boot, he went ahead and live-tweeted his thoughts.

I’m pretty stoned and watching Cats. I’ve never seen the broadway show. It is truly trippy. Am I supposed to know what a Jellicle is? They’ve said it 200,000 times but I don’t know what’s happening haha.

Click on that tweet to dive into his entertaining thread. And hey, if you want to get in on the action yourself, the Cats DVD and Blu-ray release is set for April 7, so that might be something to put on your self-quarantine to-do list — to lose yourself in one of the worst movies ever made, with the most unsettling visual effects work.

Some additional tweets from Rogen (you’ll have to dive into the NSFW ones yourself):

Some cats in pants. Some no pants.

Judi Dench is in a cat fur coat which I can only assume is socially APPALLING in this world.

As we alluded to, Cats was one of the biggest box office bombs of 2019, with production costs totaling around $100 million (only a few million of which the movie made back from global box office receipts). We noted in a previous post about the movie that its “story,” such as it was, was breathtaking in its inanity. The CGI was half-baked and mind-bogglingly terrible. So bad, in fact, that a new version of the film was quickly rushed to theaters, where the movie at this point made back something like a tenth of its production costs.

My favorite headline from all of the reviews that ripped the movie for being appallingly bad was this one: Cats Movie Review: I Have Seen Sights No Human Should See.