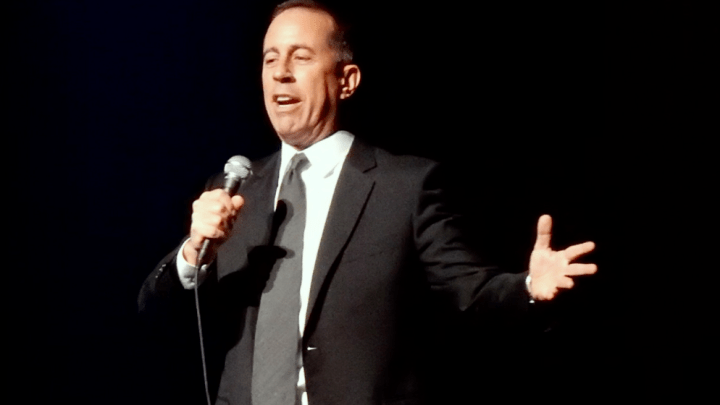 Jerry Seinfeld’s very first Netflix special debuted yesterday, following a long line of comedy exclusives which call the streaming service home. The hour-long event, called Jerry Before Seinfeld, is the first of two exclusive specials the legendary comedian is providing for Netflix, and combined with the rights for the next season of Comedians in Cars Getting Coffee, the leading streaming company is paying an absolute mint.

The total price tag for all that glorious Seinfeld content is reportedly on the order of $100 million. You don’t need me to tell you that’s a huge chunk of change, but how does it compare to other huge entertainment properties?

Game of Thrones, which treats its productions more like Hollywood movies than a seasonal TV show, costs around $10 million per episode. For the 10-episode sixth season, the total price tag was just over $100 million. Meanwhile, if you adjust for inflation, the Seinfeld sitcom went off the air with a per-episode cost of just over $5 million.

Netflix is clearly going all-in when it comes to comedy specials as of late. The company signed on for a trio of Dave Chappelle specials as well as exclusive rights to events from Louis C.K. and Chris Rock. Seinfeld is just the latest to debut on the service, and the real crowd-pleaser — the incredibly popular Comedians in Cars series — has yet to launch.

It remains to be seen whether this comedy-heavy strategy will pay off for Netflix in the long run. HBO has gone on record as stating that comedy specials don’t actually do all that well on its streaming services, accounting for less than one percent of overall usage. Netflix clearly sees a greater value, but just how well these exclusive specials are performing is anyone’s guess.