Not to be outdone by Nintendo’s reveal of the NES Classic Edition earlier this month, Sega and AtGames announced two new retro consoles this week with 80 games built in in celebration of Sonic the Hedgehog’s 25th anniversary.

First up we have the Genesis Classic Game Console, a device which you’ve likely seen on store shelves in years past. AtGames has been at the forefront of the nostalgia-fueled retro console business for quite some time, so this is really just the 2016 edition of the Classic Game Console with a few new games included.

One of the most significant differences between AtGames’ mini Genesis and Nintendo’s mini NES is that the Genesis actually plays original Genesis cartridges. If you have any old Sega games lying around, you can slot them in and start playing. The Sega console also comes with two wireless controllers, but supports classic Genesis controllers as well (if you want to go really retro). 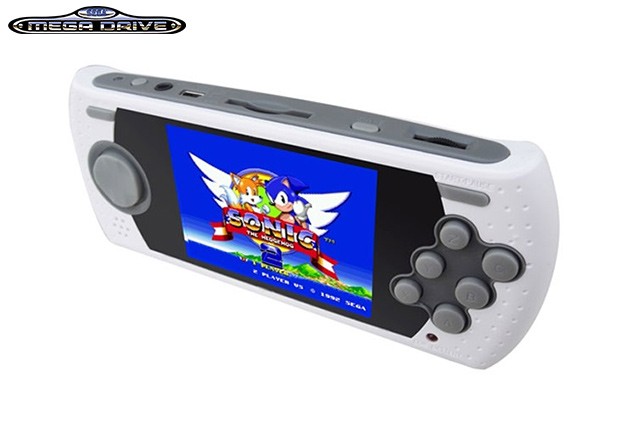 Unfortunately, the mini Genesis doesn’t support HDMI output, but if you don’t want to play on your TV, you can pick up the Genesis Ultimate Portable Game Player instead. This 3.2-inch handheld console features the same 80 games, but also has an SD card slot in case you want to add more.

Both the mini Genesis and the portable Genesis will be available in October for around $65. They might not be as polished as the NES Classic Edition, but if you prefer quantity over quality, they’re worth checking out.

Here is the complete list of 80 games that come built-in: