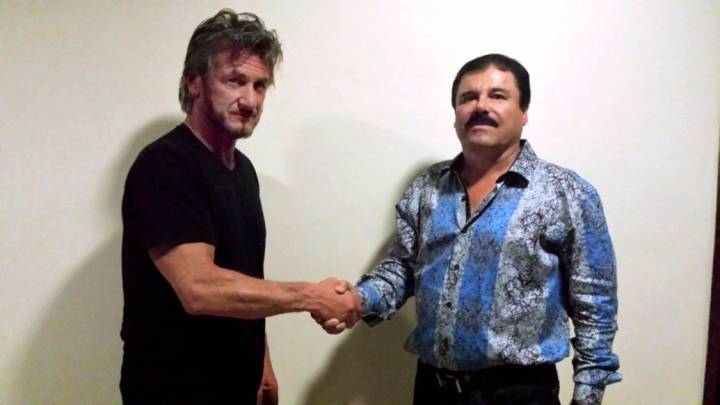 Mexican drug lord Joaquín “El Chapo” Guzmán is in prison once again for the unlikeliest of reasons: He sat down to speak with Academy Award winner Sean Penn. Alright, that’s not the full story (which you can read in The New York Times), but the interview that Penn conducted in all likelihood contributed to the capture of a notorious criminal.

So why is Sean Penn so upset?

“I feel complicit in the suffering that is going on, because I’m not thinking about it everyday,” an emotional Penn told Charlie Rose in an interview on 60 Minutes. “I’m not watching these laws that are showing no progression, these rehabilitations that are not happening. So I’m looking the other way; I find that equally complicit with murders in Juárez.”

The actor and self-described “experiential journalist” is upset because his article didn’t elicit the reaction he was hoping it might. Rather than spark a dialogue about the war on drugs, all anyone cares about is the fact that an escaped criminal is back behind bars.

“To over-demonize any human being is not in our best self-interest,” Penn said when asked about El Chapo. “Like it or not, we’re married to ’em. They’re of our time, they’re affecting us. So like a marriage, you know, you might want a divorce […] If all we aim to understand is that this is a very bad person, then let’s not understand anything else.”

All in all, he doesn’t regret the exercise, he only wishes that readers understood the point of the article. You can see a majority of the 60 Minutes interview between Sean Penn and Charlie Rose below: