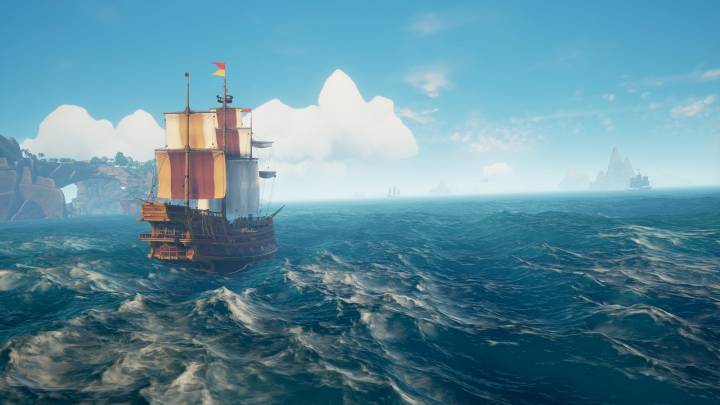 One of our most anticipated games of 2018 is now less than two weeks away from launch, but you don’t have to wait that long to get a taste of the action. Starting today, you can download and participate in the final Sea of Thieves beta, regardless of whether or not you played in past beta events. If you installed the closed beta client in the past on either Xbox One or PC, you’re good to go. If not, search “Sea of Thieves Final Beta” in the store and install it.

As with previous beta and scale tests, you will only have a limited time to jump in and play, so if you want to see what the world of Sea of Thieves has to offer, be sure to set aside some time. The final beta kicked off this morning and is currently active, but will wrap up for good on Sunday, March 11th at 6 AM ET.

While that doesn’t leave Xbox One and PC owners much time to play, the final beta is the closest we’re going to get to seeing the full game before launch. In addition to the Gold Hoarder voyages that were available in other betas, there will also be Merchant Alliance voyages this time around, adding some variety to the game.

Rare is also adding a new dynamic element into the game world: Skeleton Forts now have a chance to be occupied, so if you see a skull cloud floating above a fort, great rewards (and a tough challenge) await. Beyond that, the final beta will also feature Xbox One X enhancements. Welcome to 4K, Xbox One X owners!

As this will be the biggest test yet for Sea of Thieves on a technical level, Rare will be doing its best to keep the game online as much as possible. Therefore, the developer “might have to temporarily put a hold on other players joining” to manage player load. You can check the game status page at any time to see how the beta is running.