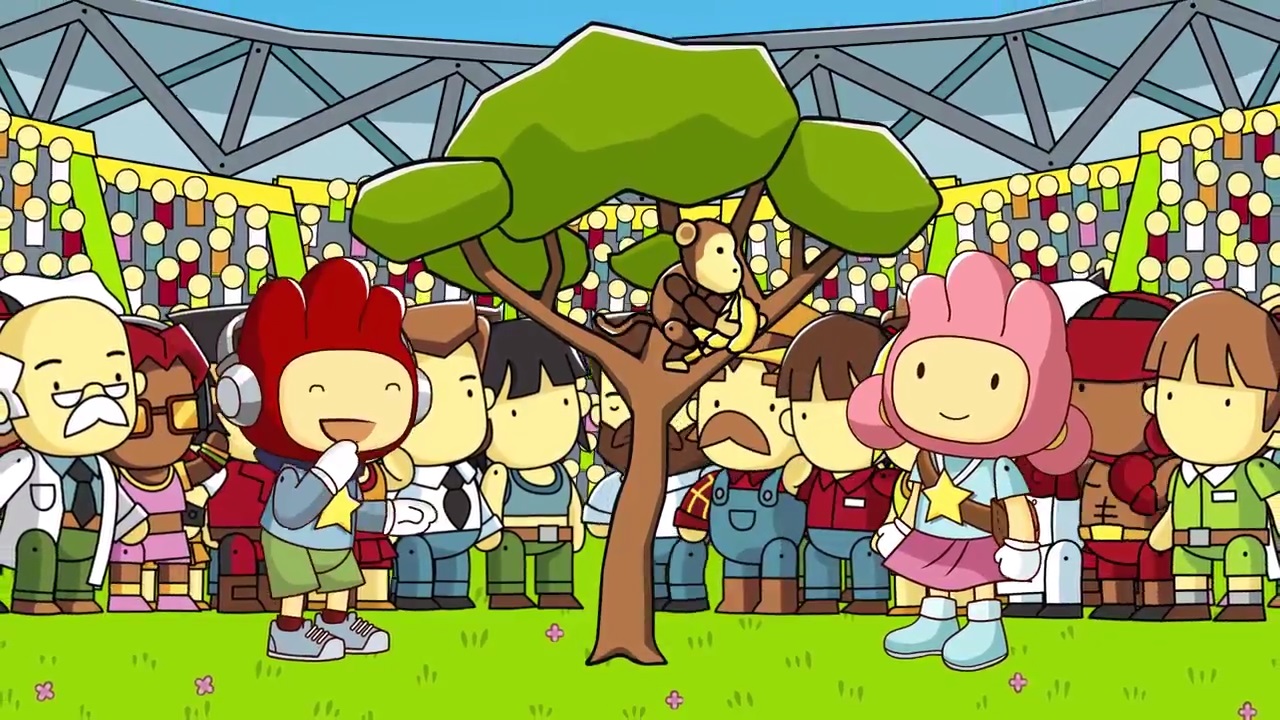 Back in 2009, Scribblenauts arrived on the Nintendo DS. It was unlike anything we’d ever seen. Players had to solve puzzles by typing the name of an object on the DS touchscreen and summoning it into the world. There were literally thousands of objects in the game’s database, from animals to weapons to vehicles to famous people.

Unfortunately, the concept of the game was more impressive than the execution. Scribblenauts received five sequels, but developer 5th Cell was eventually hit with layoffs in 2016 and the series was suspended. But on Tuesday morning, Warner Bros. Interactive Entertainment announced a brand new entry called Scribblenauts Showdown, set to bring the franchise back to life for Switch, PS4 and Xbox One on March 6th.

Unlike previous Scribblenauts games, this new title appears to focus heavily on multiplayer, with players competing in card-based minigames rather than figuring out puzzles on their own. In the titular Showdown mode, up to four players will battle for supremacy in “Wordy” minigames (unleash the best object from the Scribblenauts library to outsmart the others) and “Speedy” minigames (complete a challenge before anyone else). In between the minigames, players will travel along a board game style map, but there are plenty of ways to catch up if you start to fall behind.

Versus mode takes away the progression element and just lets two players face off against one another in mingames, while Sandbox mode returns to Scribblenauts’ roots by letting up to two players “solve objectives in eight new levels by summoning any object they can imagine and earn hidden Starites and achievements.”

With a new developer and angle, Scribblenauts Showdown might not look much like its predecessors, but it’s nice to see the franchise get another shot on the new generation of consoles. There can never be enough party games.