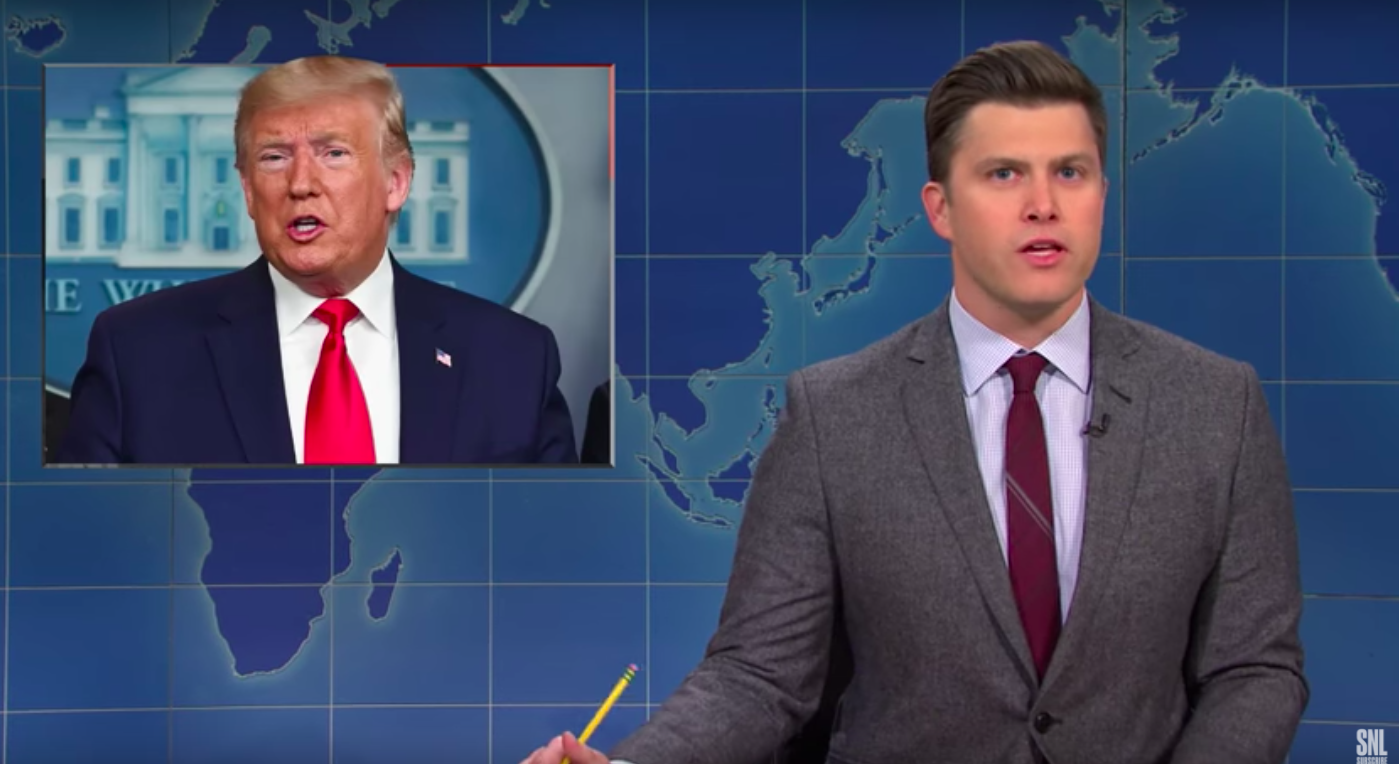 After suspending production last month as the coronavirus crisis exploded into a full-blown catastrophe across the US, Saturday Night Live is ramping back up again and preparing to air a new show this weekend.

Of course, the “live” part of the name will take on a new meaning, since the show will be put together remotely, as the cast and crew remain quarantined at home in New York — which now has more coronavirus cases than any other country in the world. In terms of what we can expect for the first new SNL show since the pandemic forced it off the air, it will no doubt include familiar elements like the Weekend Update segment, but as of the time of this writing, NBC had not released details about a host or musical act.

Still, it will be one more bit of welcome entertainment as the coronavirus quarantines have dragged on into a second month. SNL’s return also follows the homespun return of late-night shows like Jimmy Fallon’s and Conan O’Brien’s, with the hosts resorting to producing them from home — bringing a strange but welcome kind of intimacy and familiarity in place of the shows’ former glossy production values.

And it’s not that much of a big shift for SNL, which — although the “live” part of the name might make you think it’s live and happening at that moment, it’s actually what they call live to tape. The show, other than for special broadcasts, is filmed a few hours before it airs, though it’s “live” in the sense that it’s filmed in front of an audience at NBC’s headquarters in New York.

There will no doubt be plenty of jokes about our current situation, involving video meetings and conference calls from home, lots of meal deliveries and adjustments to the way we grocery-shop, along with all the other changes to our daily lives that people have had to accustom themselves to. But in addition to the humor, this is also a serious, deadly virus that’s claimed the lives of thousands of Americans, so the show will also be an opportunity to bring the country together like SNL has often done during other moments of national tragedy. It did so after the 9-11 terror attacks, for example, and back in 2017, musical guest Jason Aldean played Tom Petty’s I Won’t Back Down in honor of the victims of the Las Vegas shooting.