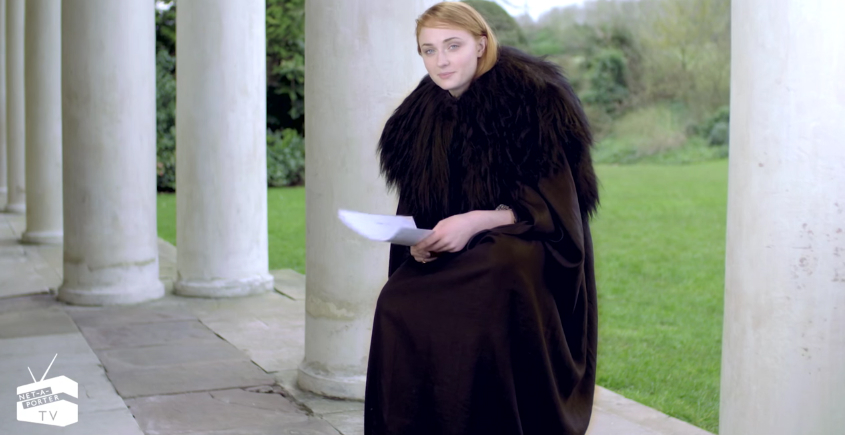 This might be the best thing I’ve seen on the internet this week: actress Sophie Turner reading Adele lyrics while impersonating Jon Snow. Turner, as Game of Thrones fans know, plays the role of Sansa Stark, who just happens to be the half-sister of everyone’s favorite Bastard of Winterfell.

“I mean this season is a really, really big one for Sansa,” Turner told Entertainment Weekely in early February. “It’s probably her best season yet. It’s her really coming into her own. She, this season, really commands the respect that she deserves, and she grabs hold of it and she runs with it and it’s really good.”

While you wait for the new season to debut on HBO, you definitely have to see The Edit’s clip featuring Turner. It’s 2:33 minutes of Turner fun, with the best part being seeing the actress recite lyrics from Adele’s “Hello” in Jon Snow’s voice. She absolutely nails the part.

Turner also tried to impersonate characters from X-Men, but she should definitely stick to imitating Jon Snow for the time being.