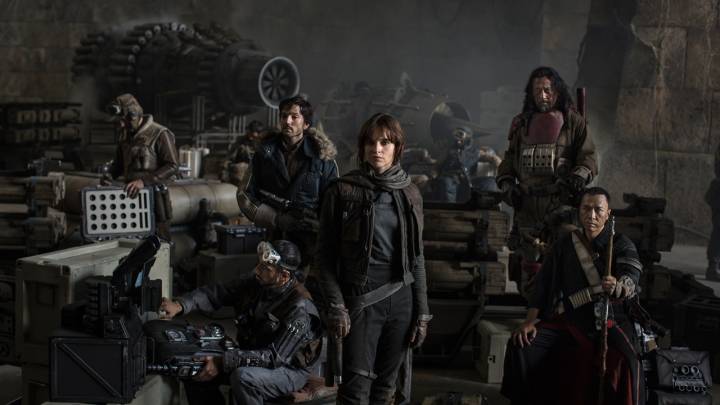 As The Force Awakens continues to break every record in the book in the weeks since its premiere, it’s clear to everyone that Star Wars is back in a big way. Many of us left the theater anxious for more, but unfortunately, we’ll have to wait until 2017 to see the continuing adventures of Rey, Finn and Poe.

But we do have another Star Wars movie to get excited about in the meantime.

DON’T MISS: Everything there is to know about Star Wars: The Force Awakens’ most menacing new villain

Unless you’ve been living under a rock, you’re probably aware of the spinoff movies that Disney will produce in the years between the official saga films. The first is titled Rogue One: A Star Wars Story, and as you might have expected, people are already champing at the bit to see it.

According to a survey conducted by online ticketing service Fandango and shared by Variety, Rogue One is the most anticipated movie of 2016. Due out on December 16th, Rogue One will focus on “a band of resistance fighters [who] unite for a daring mission to steal the Death Star plans.” It will be set between Episode III and Episode IV, but will fall closer to A New Hope than Revenge of the Sith.

As for the rest of the list, you probably won’t be surprised to see Captain America: Civil War and Batman v Superman: Dawn of Justice, but there are a few I might have forgotten to include on my list:

By my count, that’s eight sequels, one remake and one spinoff.

2016: the year of Hollywood originality!