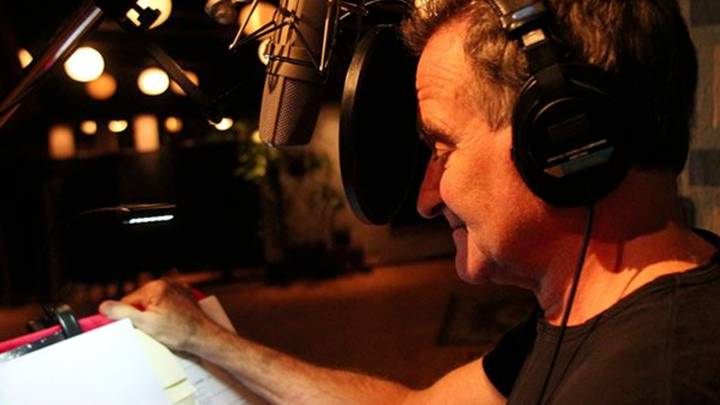 When Robin Williams died in August of 2014 it was extremely difficult for his many fans to let the funnyman go, especially when it was revealed that Williams had a number of projects in the works that hadn’t yet seen the light of day. The last of his films, called Absolutely Anything, was released in the UK the year following his death, but had a hard time securing distribution in the United States. Now, nearly two years after it made its worldwide theatrical debut, the film will finally see the light of day in the US.

The film, which boasts a seriously star-studded cast including Simon Pegg, Kate Beckinsale, John Cleese, Eddie Izzard, and of course Williams, is a goofy comedy about a man (Pegg) who gains superhuman powers thanks to the blessing of a strange alien species. Williams doesn’t actually appear in the film in the flesh, but lends his voice to Pegg’s obnoxious dog, Dennis. It’s scheduled to hit theaters in a limited release starting May 12th.

If this all sounds pretty silly, it definitely is, and the film’s theatrical trailer makes it very clear that the entire story is an off-the-wall excuse to be goofy and nothing more. And, as awesome as it would be to see William’s legendary comedic talents wrap up on a high note, the film itself is apparently really, really bad. It currently holds an abysmally low 15% on review aggregator Rotten Tomatoes, and a higher, but still very poor 34/100 rating on Metacritic.