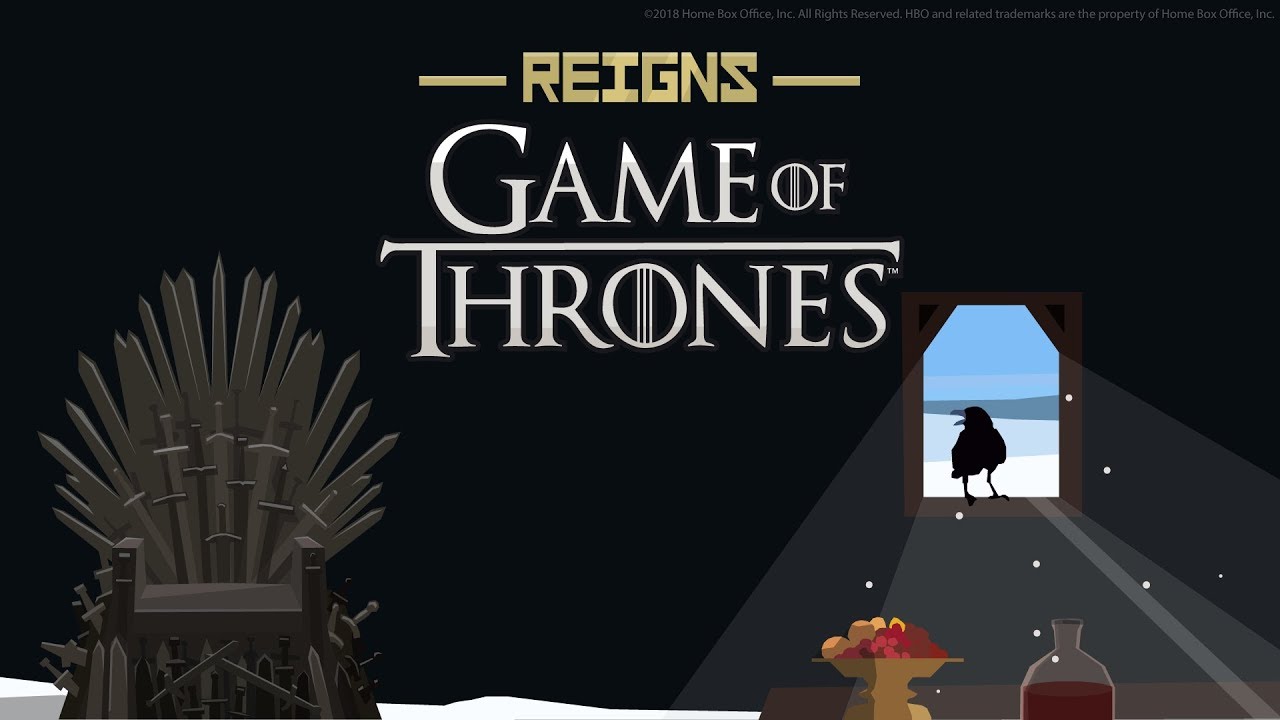 Can’t wait for Game of Thrones to return for its final season next spring? Need some high fantasy family drama from the land of Westeros in your life before the end of the year? Well, you’re in luck, because publisher Devolver Digital and HBO have teamed up to make a spinoff of the popular mobile strategy game Reigns with a Game of Thrones twist. This October, you’ll be swiping right on all of your favorite Starks and Lannisters.

If you somehow missed Reigns and its sequel, Reigns: Her Majesty, the mobile series cleverly mashes up Tinder-style swiping right and left with strategic decision-making. Depending on the choices you make, the story will change, and if you lose control of your society, your reign will end (violently) and an heir will take over.

Reigns: Game of Thrones will follow the same basic formula, as the taste of gameplay at the end of the reveal trailer shows, but this spinoff will be set in George R.R. Martin’s grim, unforgiving universe. Twelve characters appear on the game’s page on Devolver Digital’s website, including Jon Snow, Arya Stark, Cersei Lannister, Tyrion Lannister – even Gendry. Your favorite character might not survive the show, but they could survive your game.

Devolver Digital didn’t announce a release date, but Reigns: Game of Thrones will be available on iOS, Android, and Steam this October. As for the eighth and final season of the show, HBO hasn’t shared a date either, but we do know that it should premiere in the first half of 2019, possibly as early as April.